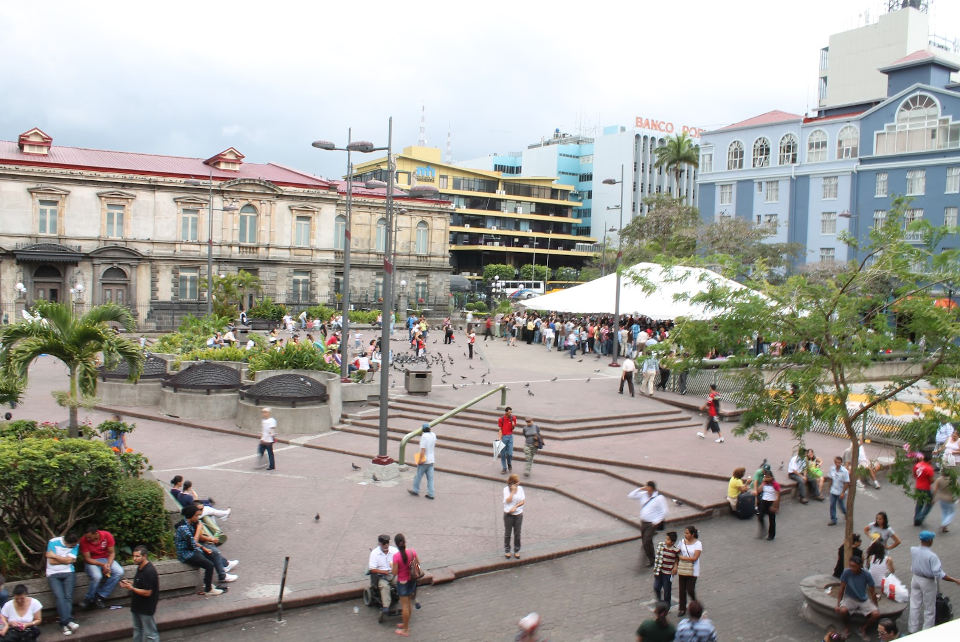 COSTA RICA LIVING – It is impossible to miss La Plaza de la Cultura if you’re walking along San José’s Avenida Central Pedestrian Mall. It is situated in front of the Grand Hotel and on the north side of the National Theater.

The Plaza is a great place for people watching. Photographers with polaroid cameras, street performers and others selling small bags of peanuts for feeding the pigeons all earn a living there.

The small square has benches, a fountain and a few shade trees. It is often the scene of celebrations, demonstrations, performance and is visited by thousands Ticos with their families and tourists every day.

At the end of the 1970s San José’s Central Park was where buses stopped and mainly frequented by shoeshine boys and street vendors selling lottery tickets. The park had really had lost its primary function as a place where the locals congregated to socialize. So, three ambitious and daring Costa Rican architects (Jorge Bertheau, Jorge Borbón and Edgar Vargas) decided to design a new public space where people could gather and also build a museum to honor the legacy of Costa Rica’s pre-colombian indigenous culture. Thus, the concept of la Plaza de la Culltura was born. 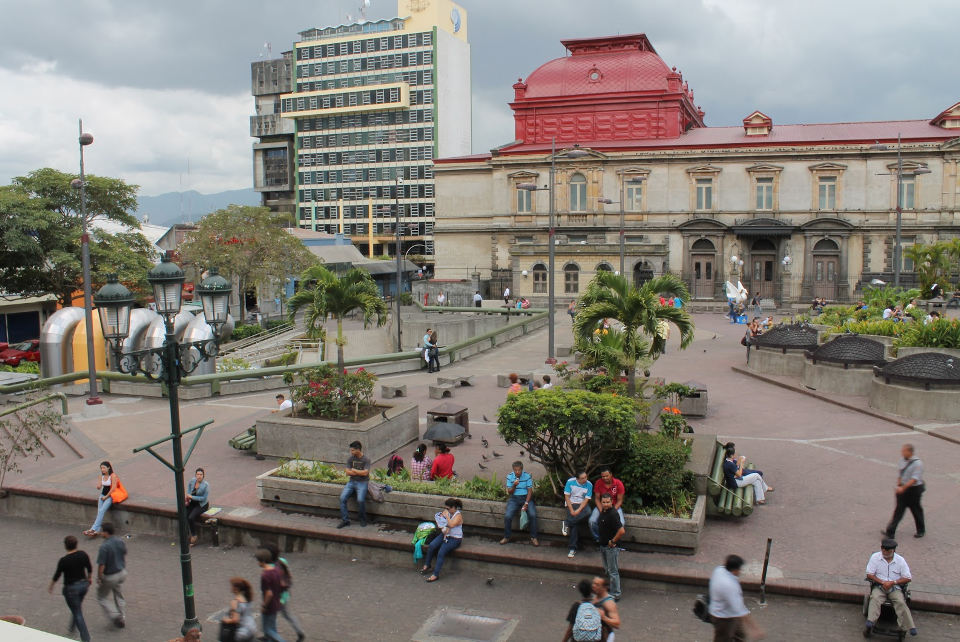 Construction began in 1977 and the plaza was officially inaugurated on February 26, 1982. While it was being built the critics jokingly referred to the large hole at the construction site as the “hueco de la cultura” or “hole of the culture.” Well, the people behind the project had the last laugh. The gold museum (Museo de Oro Precolombino).with its 4,000 plus artifacts opened on September 15, 1985 and numismatic exhibition was inaugurated in 1990. The 45 by 80 meter plaza serves as the roof for the museum below. In 1996-7 there were some repairs done to the plaza because of water seepage from the fountain. On September 14, 2002 the museum added a new exhibit using multimedia techniques.

The Plaza de la Cultura is considered one of the city’s architectural gems and engineering feat according to architect and researcher Andrés Fernández who has just published a book on the subject in Spanish, Punto y Contrapunto – La Plaza de la Cultura.

- Advertisement -
Paying the bills
Previous articleP& G To Shed More Than Half Its Brands. How Will It Affect Costs Rica?
Next articleSan José’s famous Plaza de la Cultura