The Tile Art of Barrio Amón 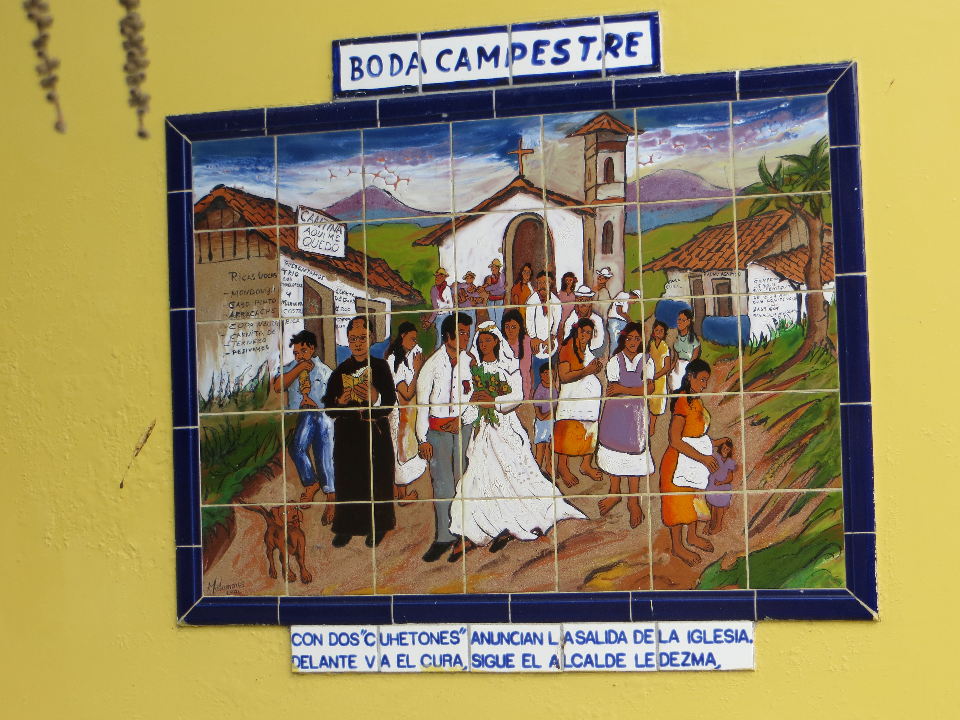 In the Barrio Amón section of San José, what you will find are tiles: Hand painted tiles. Tile art is everywhere in this neighborhood. It is on the exterior walls of private homes, and on hotel walls. It is on office buildings. It is hidden in private alcoves. Some of it jumps out at you and some of it you have to look for.

The tile pictures are mostly done by Costa Rican artists.  Many are quite beautiful.  Below is a small sample of the tile art of Barrio Amón.

Barrio Amón is the neighborhood immediately behind the Holiday Inn Tower in Downtown San José . At the beginning of the 20th century, it was the wealthiest and most fashionable section of San José .

Long neglected, and for many years considered the haunt of prostitutes (of both sexes) and their North American clients, Barrio Amon is undergoing a renaissance. It is rapidly being “gentrified” and, at least in some places, restored to its former glory.

Downtown San José is full of surprises. It’s all part of The Real San José .

Michael Miller is the author of the first and only guide book that focuses on Downtown San Jose, Costa Rica, titled The Real San José.

Q24N (EFE) The Government of El Salvador has publicly...
Cuba