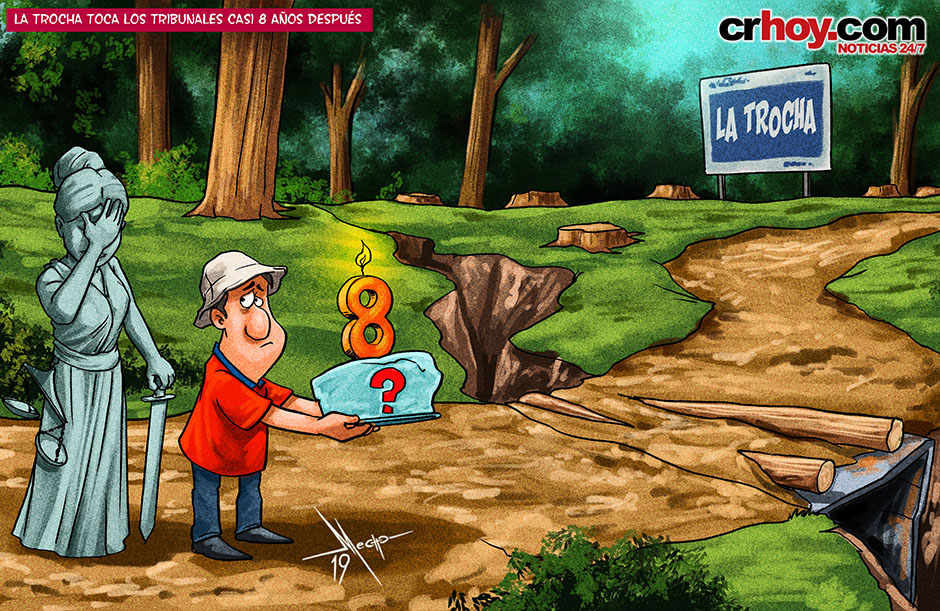 La Trocha, officially national route 1856, is a trail developed in 2010 by the government of Laura Chinchilla Miranda (2010-2014) through a national emergency decree in the face of the border dispute with Nicaragua.

The route was never fully completed and ceased to be a priority for the executive, costing taxpayers millions of colones and becoming one of Costa Rica’s never-ending scandals, resuing in the accusation of twenty-six (among companies and people) of committing irregularities in the construction.

Today, as the Trocha celebrates its 8th anniversary of legal process, at least six of the accused will never step in court as they attempt to mediate a solution.