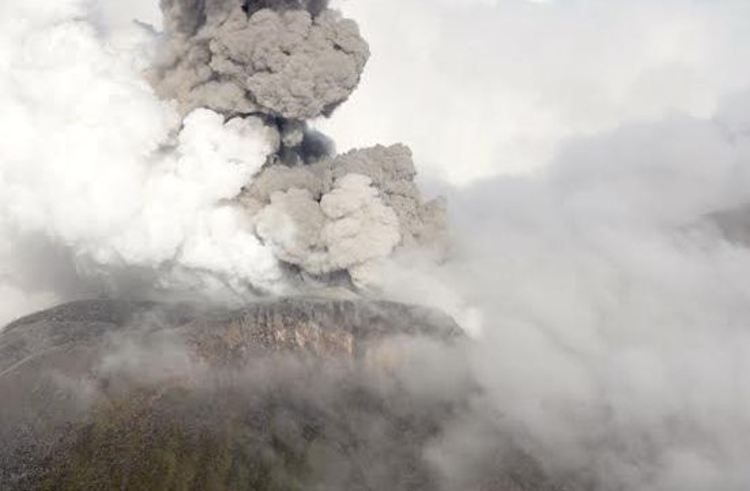 COSTA RICA NEWS — Experts say the eruption of the Turrialba volcano last night took place in the west crater (that became active in 2010), opening a gap of about 80 metres in diameter.

Volcanologists and geologists examining the activity today also said there is a strong pillar of gas and are now assessing whether it is a phreatic eruption (gas and stones) or magmatic (incandescent material).

Eyewitnesses reported fiery explosions and ash falling like snow over parts of the Central Valley, Costa Rica’s most populated area, that includes the capital city of San José.  The volcano is located some 50 kilometres (30 miles) east  of  San José, in the province of Cartago. 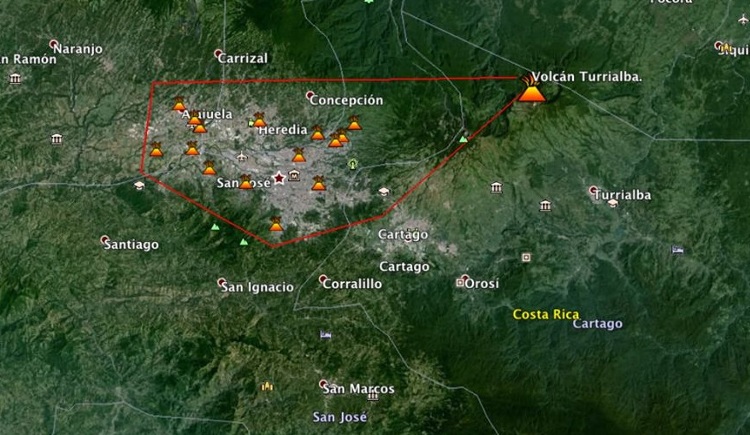 Lidieo Esquivel, of the Comisión Nacional de Emergencia (CNE) – National Emergency Commission – said they have received reports of ash in the area of La Guacima, Alajuela (west of the international airport). However, the expert said there is no need for panic, the quantity of material does not pose a health hazard.

Esquivel added that the midnight eruption is perhaps the strongest and biggest eruption in the last five years. 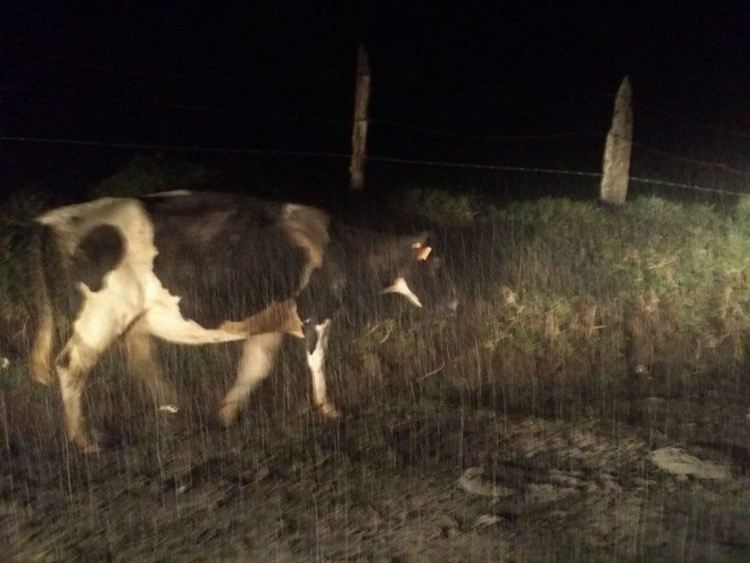 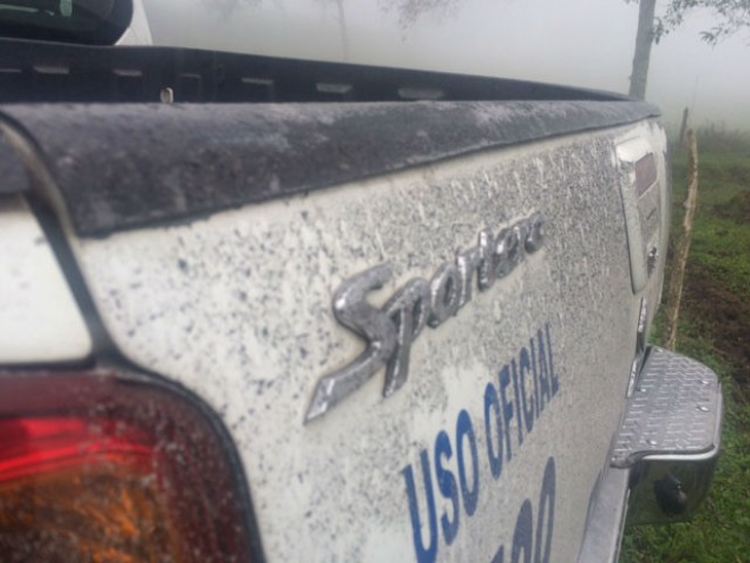 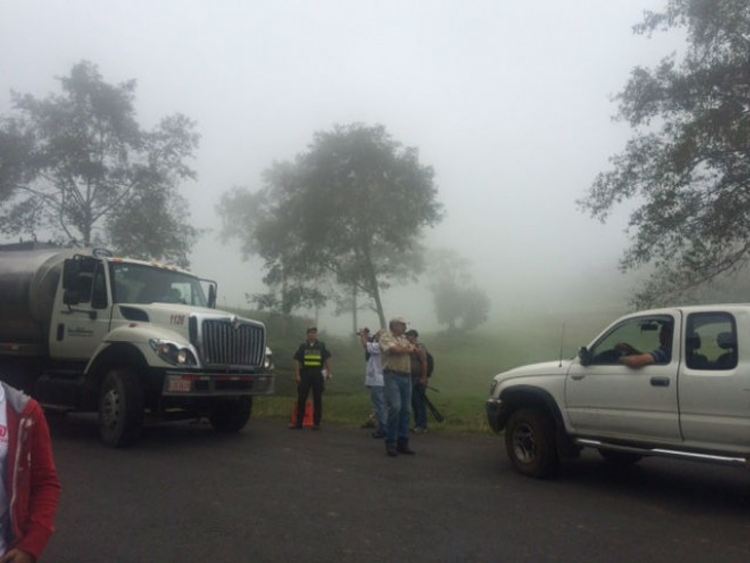