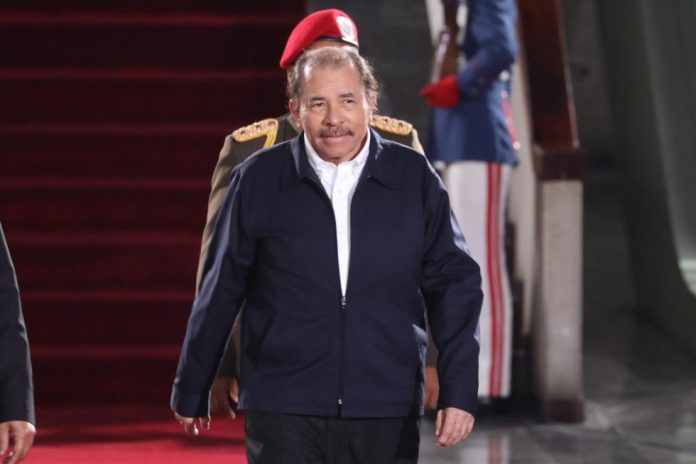 TODAY NICARAGUA (Voz de America) The United States Department of State on Monday restricted the visas of almost a hundred officials of the government of Daniel Ortega in Nicaragua.

The measures, reported by the Foreign Ministry, are focused on “imposing visa restrictions on another 93 people who are believed to have undermined democracy after the illegitimate re-election of Daniel Ortega in November 2021, including judges, prosecutors, members of the National Assembly and officials of the Ministry of the Interior”.

The Ortega government has arrested and sentenced presidential candidates, journalists, and civil society activists to prison, as well as has undertaken the closure of numerous non-governmental organizations, under the new Foreign Agents Law.

“Regime-aligned judges and prosecutors share complicity in the Ortega-Murillo regime’s efforts to undermine democracy through their participation in the trials and convictions of opposition leaders, human rights defenders, industry leaders private and student advocates,” the statement said.

The most recent censorship action by the Sandinista government was on June 2, when it closed down 96 NGOs in a single day, thus surpassing its own record, which brings the organizations outlawed since 2018 to almost 500.

Among the most notorious cancellations stands out that of the Nicaraguan Academy of Language, founded almost a century ago and in that same week it canceled the permits of 83 other organizations.

President Joe Biden’s top adviser for regional affairs, Juan González, said Friday in the final moments of the IX Summit of the Americas that he is contemplating excluding the Managua government from the Free Trade Agreement, known as CAFTA, in response to the announcements made by Ortega to allow Russian troops to enter Nicaraguan territory.

QCOSTARICA - Costa Rica and Uruguay are the Latin...
Infrastructure

QCOSTARICA - The constant fall of material from the...