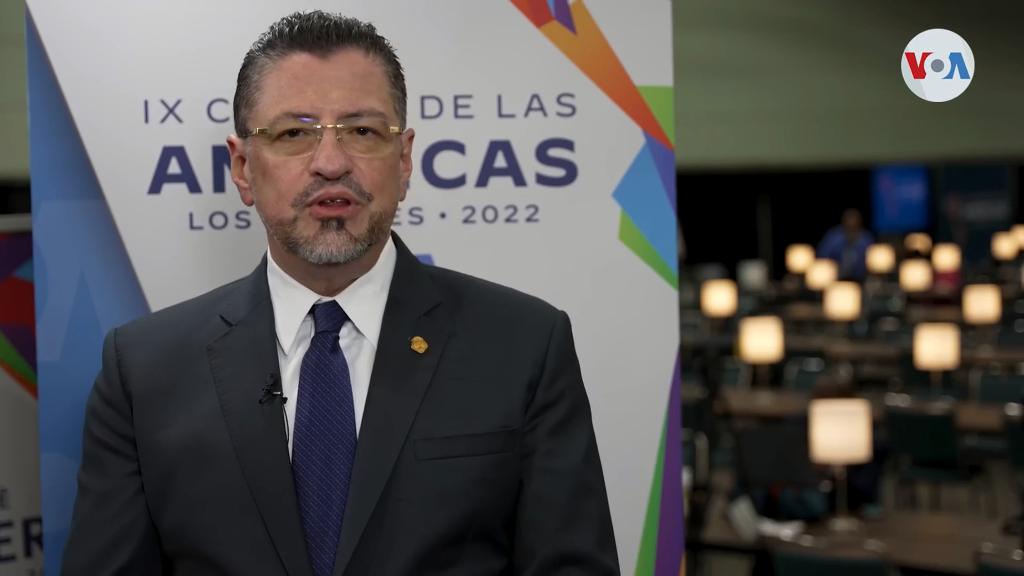 QCOSTARICA – In an interview with the Voz de América (VoA), President Rodrigo Chaves expressed concern about Daniel Ortega’s decision to issue a decree to authorize the presence of Russian military means in Nicaragua.

“There was news today that Daniel Ortega invited the Russian Army to send troops and equipment to Nicaragua. We have not had an Army since 1949. Imagine how we feel: worried and with good reason,” Chaves told VoA journalist Carolina Valladares last Friday, June 10.

Last week, Ortega issued a presidential decree that authorizes the entry “on a rotating basis” of Russian military personnel to participate with members of the Nicaraguan Army “in the exchange of experiences, training exercises and humanitarian aid operations.”

Said exchange also includes naval and aerial exercises for tasks of confrontation and fight against drug trafficking and transnational organized crime, according to the decree. It also points out that in the same “previously planned” period and with the same objectives, military personnel from the United States, Mexico, Venezuela, Cuba, the Dominican Republic, and other Central American nations, will enter Nicaragua.

Ortega asked his Parliament, a legislative body dominated by lawmakers related to his regime, to give “urgent processing” to the decree, which was introduced on the agenda for today, Tuesday, June 14, according to the legislative agenda.

During the VoA interview, Chaves admitted that he has not yet spoken with Ortega, but assured that he would like to speak with him about the issue of political prisoners in the neighboring country.

“That is something that Costa Ricans, due to historical tradition and natural inclination, causes us severe concern and sadness,” Chaves asserted.

Chaves issued his statements while participating in the Summit of the Americas, held in Los Angeles, United States. In fact, that same day he gave a speech in the plenary session where he advocated for greater international financial support to care for migrants and refugees.

Asked by Carolina Carrasco if he wanted to send a message to Ortega, Chaves considered that this was not the appropriate mechanism to establish a diplomatic dialogue.

Ortega, along with the Presidents of Venezuela and Cuba, Nicolas Maduro and Miguel Díaz-Canel, respectively, was not invited to the summit. Read more Cuba, Venezuela and Nicaragua without invitation to the Summit of the Americas

“All I want to say is that the people of Costa Rica have received hundreds of thousands of migrants, almost 15% of our population, from Nicaragua, to whom we are providing health and education at a high cost. But we do it with a lot of love and open arms,” Chaves maintained.

On Sunday, responding to La Nación, the Foreign Ministry indicated that it took note of the decree announced by the Nicaraguan government.

“This is a periodic authorization that Nicaragua makes and repeats. We reiterate the policy of peace, good international relations and permanent dialogue that Costa Rica promotes before its neighbors and the international community, including the multilateral organizations on which Costa Rica bases its defense of national integrity and sovereignty, both of the territory and of the seas,” was the response from Casa Amarilla (Costa Rica’s Chancellery).

Relations between Costa Rica and Nicaragua have not flourished since Chaves took office on May 8 last.

“[Ortega] did not come to the [presidential] inauguration. We have not established contact at this time. Costa Rica has a Nicaraguan ambassador, but we have not sent an ambassador to Nicaragua,” said Chaves.

- Advertisement -
Paying the bills
Previous articleWhat’s new about monkeypox?
Next articleThe US restricts visas to almost a hundred Nicaraguan officials

QCOSTARICA - President Rodrigo Chaves suggested that the magistrates of the...
Read more