TODAY COSTA RICA – Being the owner of a vintage Landcruiser what the people at the Vintage Cruiser Co. do is awesome, taking an old Landcruiser FJ and bringing it back to life as it were made today.

On their website, they state it clear, “First and foremost, we are all Land Cruiser enthusiasts just like you, and we love to spread the ‘FJ Joy’ every chance we get.”

More: Toyota FJ40 Landcruiser: A Car You Should Drive Before You Die. 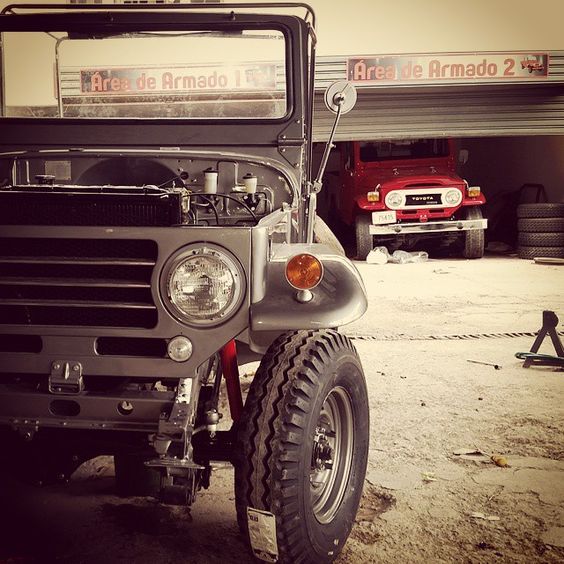 The History of the FJ. The FJ is an iconic brand of Toyota. The first, the BJ25 was Japan’s answer to the American Jeep and the British Land Rover. “There’s really no sugarcoating it: Toyota reverse-engineered the Jeep and perfected it within a decade,” says the The FJ Company Blog.

From the FJ blog we learn that the Toyota FJ25 came around in the early 1950s, establishing Toyota as a global brand. Appropriately, the FJ Land Cruiser formed the backbone of the Toyota brand and became the emissary of Japanese engineering and much of the world’s first experience with Toyota.

From 1955 through 1984, the FJ improved piece by piece, but still managed to maintain its now-iconic look and feel.

How did the FJ get its name? The “J” definitely stands for “Jeep” and the “F” indicates the engine type. This is why the early FJs were actually known as BJs–they had a Type B engine, not an F.

Made of the real stuff. Toyota’s FJ series is positively famous for not breaking down–which is why you can still find authentic antique FJs all over the world in working condition.

I can attest to that, mine is a 1975 model. And still today, in 2017, starts everytime I turn the key. Passing Riteve (the annual vehicular inspection in Costa Rica) is a breeze. Best deal every made on a car, traded a 1986 Mercedes-Benz for it some years back.

Since it’s used for so many purposes, it seems almost fitting that there are nearly countless configurations in the FJ Series from wheelbase height to the type of covering for the roof and more.

There are two basic engines for the FJ series: the type F engine and the type 2F engine. There are numerous diesel configurations starting from 3.0L–4.0L. Diesel engines are available and usually come from regions where the predominant fuel is diesel.

Type F. Used from 1955-1974, the Type F engine made the FJ famous: not the most efficient but virtually impossible to break! It was (and is) commonly known to run 500,000–600,000 miles without a problem. It was constructed as an inline 6 cylinder with 3.9L injection and runs on either gas or diesel. The F engine was deliberately engineered to be similar to a GMC L6 OHV 235 engine but improved upon its inspiration to suit the FJ’s needs.

Type 2F. Running from 1975–1988, The 2F improved on the F, increasing engine size to 4.2L. This engine is a little bit more efficient and powerful than the F engine, but it still has the same feel that FJ drivers love.

The Type B engine was the predecessor of the Type F engine that is so beloved by FJ enthusiasts. Originally designed based on the Chevrolet 207 engine, Toyota made small adjustments to the American design to fit the BJ. On a side note: this Type B engine not only predates but is not at all the same as a later B engine produced by Toyota for the Japanese market only.

If a vintage FJ is what you’re after, this reboot from the 2000s won’t cut it. While Toyota improved this model in terms of overall comfort and maintained technical excellence, the look and feel is distinctly different from its predecessor FJ series and is generally not considered in the same class. It’s far more driveable for the everyday person who lives with flat, paved roads (as compared to the vintage FJs) but lacks the vibe of older FJ models.

Back to the Vintage Cruiser Co. On Pinterest they detail their process, stripping an old Landcruiser and piece by piece reviving a vehicle that has withstood the test of time. Rebuilt, rather, reconstructed, in Costa Rica they are shipped to buyers around the world.

While a typical running FJ is valued at US$4,000 and US$10,000 in Costa Rica – depending on condition and configuration, vehicles with diesel engines tend to be valued more by potential buyers, a restored FJ can sell starting at US$50,000 in the United States.

Take a look at their website and be prepared to spend some time looking over the photos posted on Pinterest. 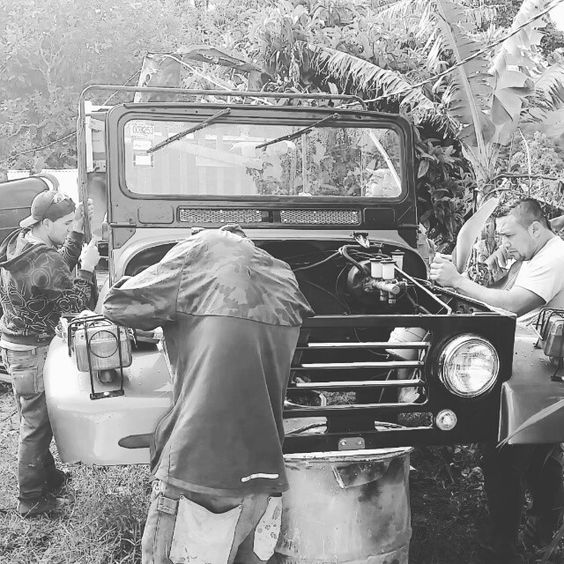 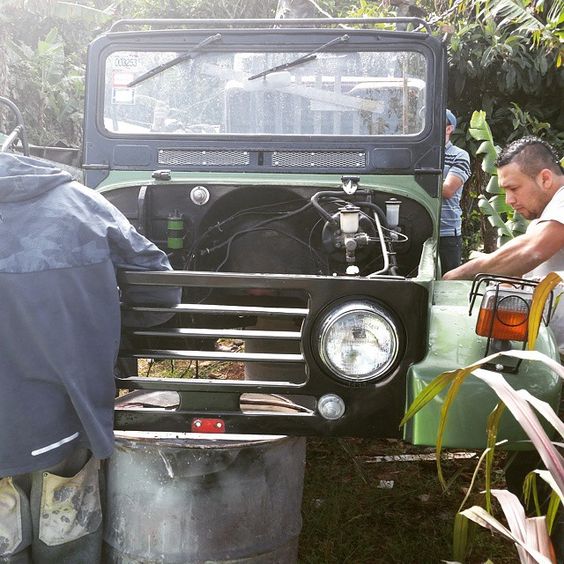