Toyota FJ40 Landcruiser: A Car You Should Drive Before You Die 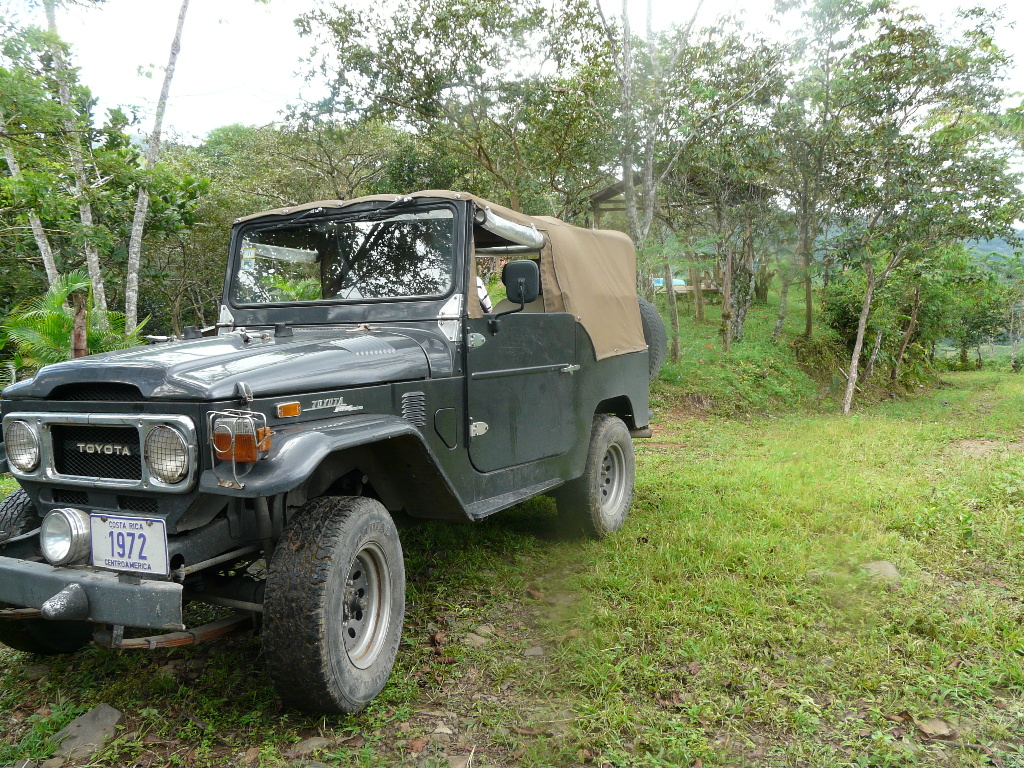 RICO’s JOURNAL – The original Toyota FJ40 Landcruiser, predecessor to the FJ Cruiser or the Land Cruiser Prado, common on the roads of Costa Rica, is listed by Carophile.com is of the best utility driven vehicles every produced and used throughout the world and one of 15 cars you should drive before you die.

“It is not uncommon to find models of the FJ40 still driving with more than 40 years of service under their belt, and that makes it one of the few SUVs to make our list of cars that you should drive before you die,” says the website.

Every word is true. 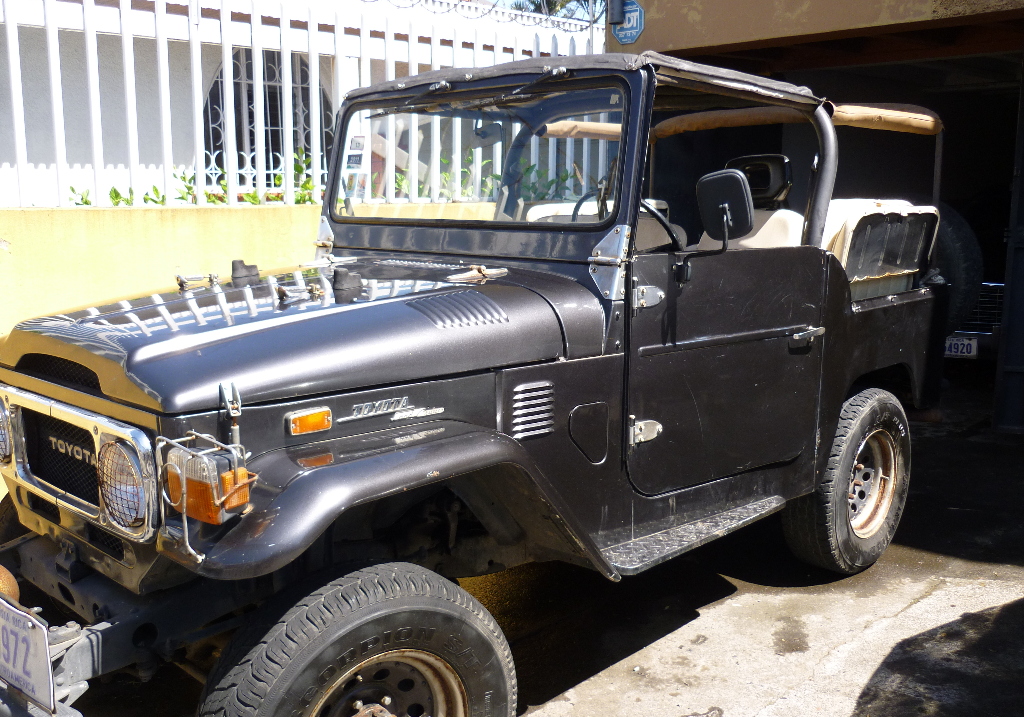 In the driveway in sunshine mode.

Let me tell you about my FJ40. It is a 1975 model that I have had for almost 10 years. My license plate is 1972 – since in Costa Rica the license plate stays with the vehicle from the first day it is registered, it means my FJ40 is one the first cars in Costa Rica under the current registration system. 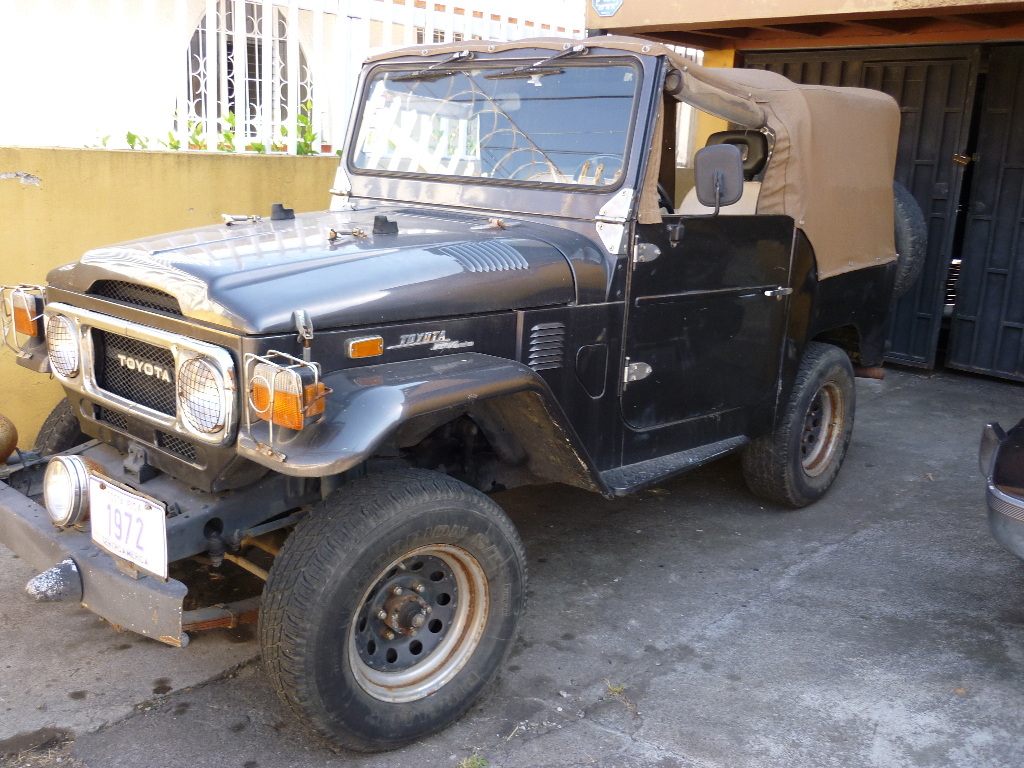 In the driveway in rainy season mode.

When I point out the fact, many tell me it is missing numbers since most common six digits, that went to alphanumeric after 999999.

Nothing fancy here, Very little in plastic. The dash is all metal, the knobs all original. Some years back I traded in my Mercedes 300E for the “chapulin”, a Spanish term for a farm machine that runs and runs. And then some.

A contact at Toyota calls the new Landcruiser Prado as a “chapulin with corbata”, that translates to the farm machine all dressed up. These modern Landcruiser, like the FJ40 are work horses. 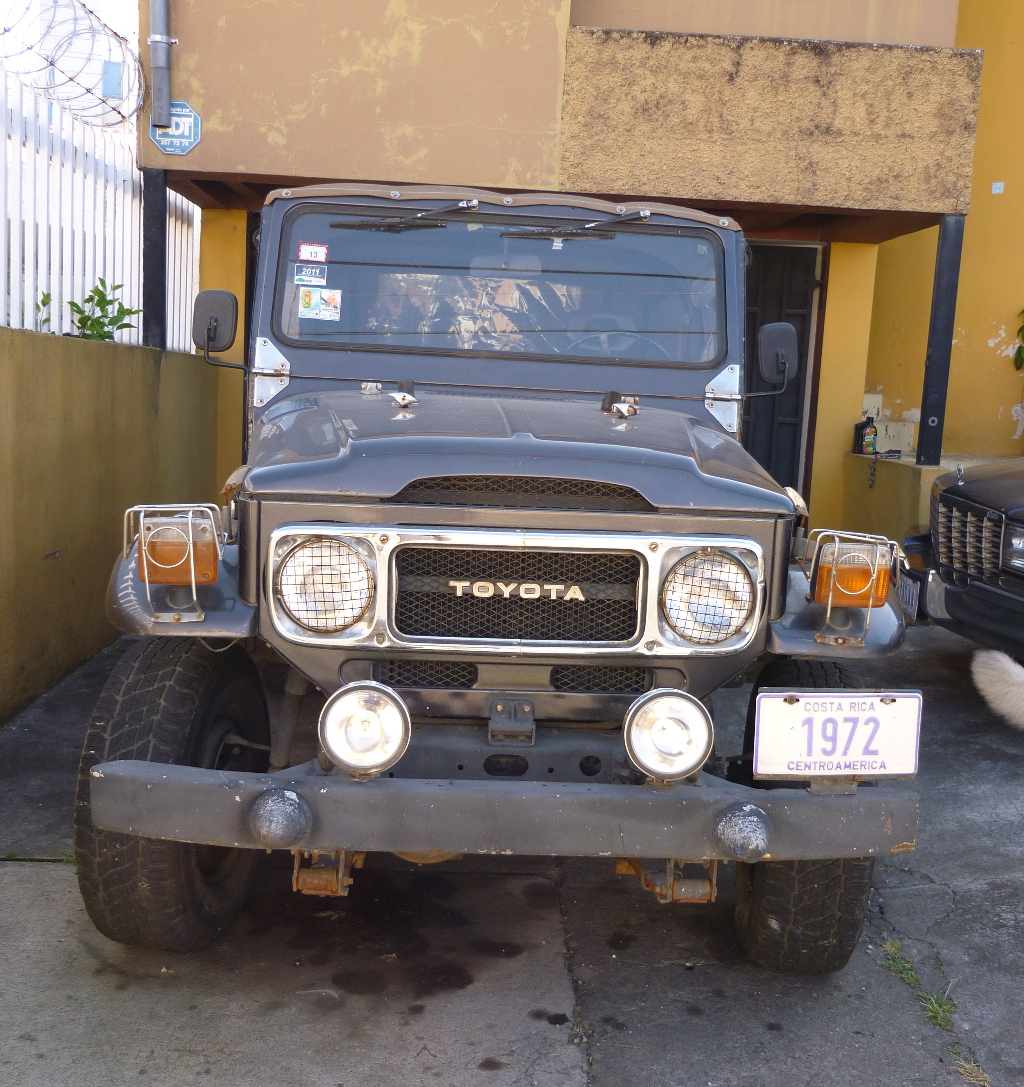 The Toyota J40 is the series was made from 1960 until 1984. Most 40 series Land Cruisers were built as 2-door SUVs with slightly larger dimensions than a Jeep CJ.

If you look up the pictures of the FJ40 you will see it came factory as a hardtop. And most of the FJ40’s on the road are such, unchanged. Mine was modified, the hardtop removed. For most of the year it goes open, for the rainy season, I have a canvas cover with plastic for windows I hand-roll up and down. 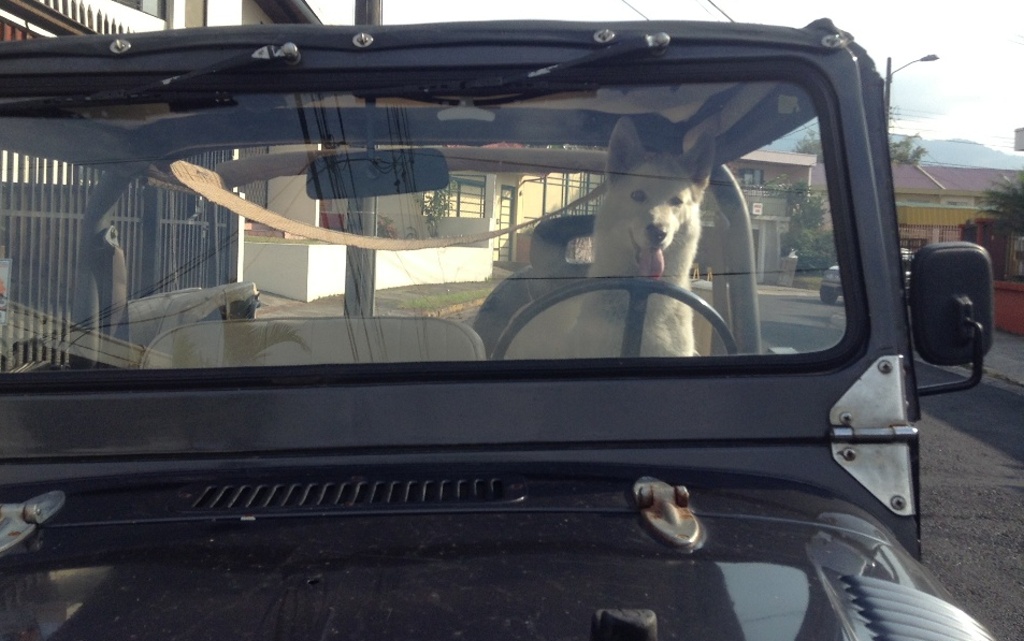 Avia loves to sit behind the wheel. No leash, she won’t move, waiting for me to go for a ride

One of the best features of this vehicle is you can literally drive it anywhere. It doesn’t go very fast, my top speed is 100 km/h, though I prefer to keep it between 70 and 80 km/h, to avoid excessive the rattling and vibration.

Basically, this is my go to car. I prefer it over my Mercedes 300SE, even when it rains. It is just a fun car that gets me where I want to go and back.

More on the FJ40 from wikipedia.

The Carophile.com list of 15 cars you should drive before you die:

What are the Leading Vehicle Brands in the Region?

Costa Rica is “officially amazing” thanks to its Guinness World Records™

Costa Rica is "officially amazing" according to Guinness World Records™. And...
Read more