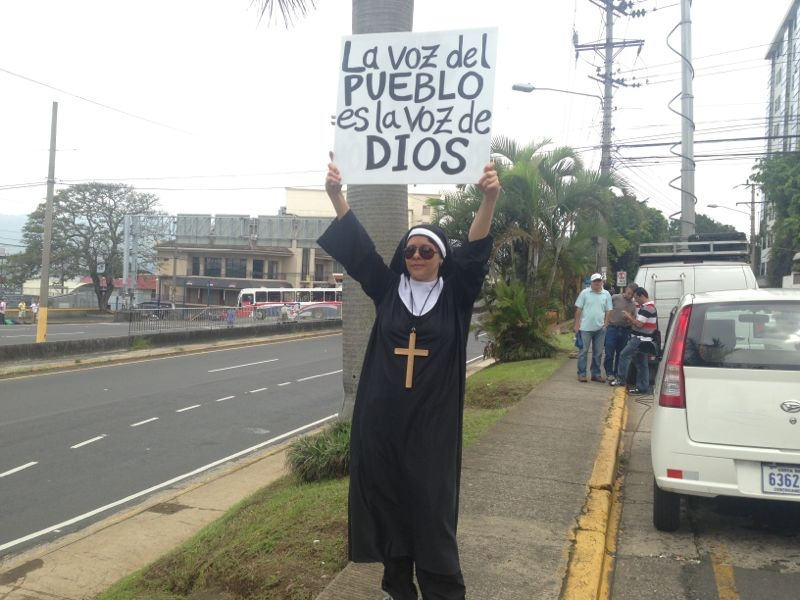 Spoken or not, the June 25 national strike worried many locals and expats that a spark would unite violence the thousands of marchers as in Brazil, Turkey, Argentina, Egypt, Syria, Lebanon…. 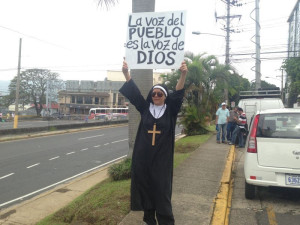 It is called “social facilitation”. In a theater when one person coughs, usually another does as well. When there is a yawn, others nearby tend to do the same. The worry in mass marches is that if one or several people become violent, many more will follow.

Costa Ricans did not march with venom or even anger in their hearts. They simply expressed their deep dissatisfaction with a government of crime, with a sinking economy, corruption and the dilapidated infrastructure. It was an eclectic crowd, a mixed salad of concerns and hoping that change for the better could be effected.

However, as Carlos Roverssi, Minister of Communications said, “There is no clarity of their (Marches) claims.”

It is that very same will full blindness that has this country deep in the economic whole, rising unemployment, more poverty and top-to-bottom corruption all supported by crime which operates with impunity. What do you not see as issues sir.

With these types of insensitive mind farts, Costa Rica is begging for more and more strikes and has sent out an invitation to violence.

And what might satisfy most of the people in this country is a new, sensitive and functional president. We only have ten more months and how much harm can this administration do in that amount of time.

The deputies and ministers all get three guns. What and the hell will they do with three guns? And, do they have to give them back? For a country that is evangelical about no weapons and peace only, it seems odd that the members of the assembly and the ministers get guns. Does that give clue as to their popularity?

Be careful Costa Rica that the people do not turn on you and if they do, kiss Pura Vida good-bye and say hello to anarchy.
The people spoke and the government is not taking them seriously enough.