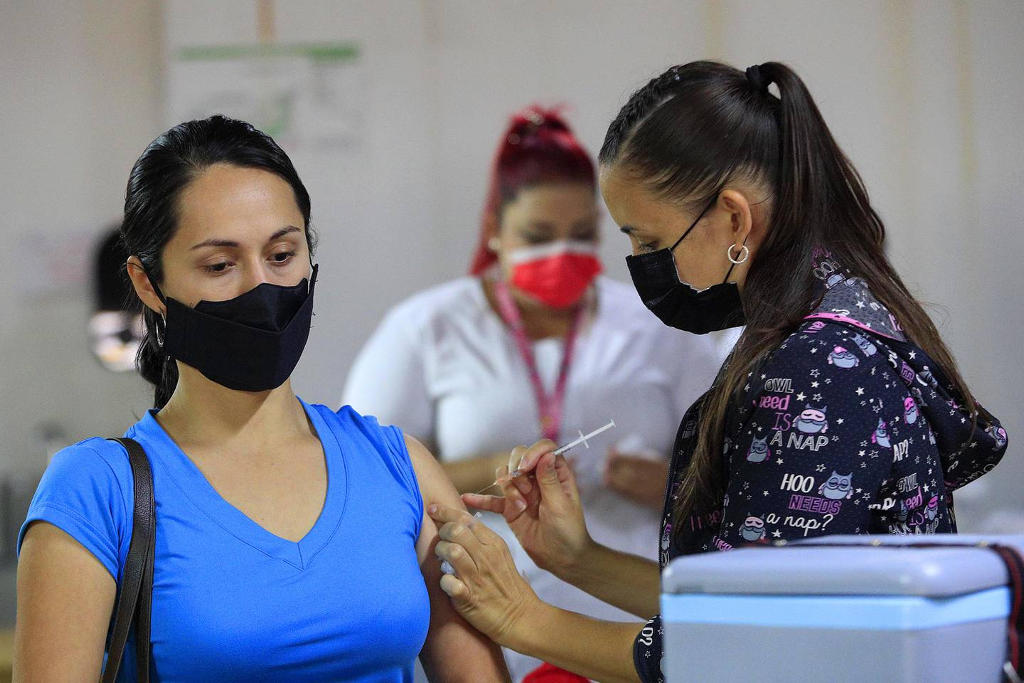 QCOSTARICA – The Comisión Nacional de Vacunación y Epidemiología del Ministerio de Salud (CNVE) – National Commission for Vaccination and Epidemiology of the Ministry of Health, approved reducing the interval for the application of the third dose against Covid-19 to five months after the second dose.

The placement of the third dose is enabled for people over 58 years of age, first responders, and public and private education officials. In addition, contingency plans for those over 18 years of age.

Before it was applied six months after the second dose.

Roberto Arroba, secretary of the CNVE, explained that it was also agreed that there should be no interval between the administration of the Covid-19 vaccine and other vaccines.

Juan José Romero, an epidemiologist at the Universidad Nacional (UNA), explained that this decision is the one that other countries have already applied and is in line with strengthening people’s immune systems.

Authorities of the Caja Costarricense de Seguro Social (CCSS) called on all people to verify the schedules and vaccinations enabled in their communities and to remain attentive to official communications from health centers.

QCOSTARICA -  On day three of his presidency, due to the...
Read more

QCOSTARICA - Despite an injection of US$32.1 million from...
Politics

QCOSTARICA - The administration of the Legislative Assembly promoted...