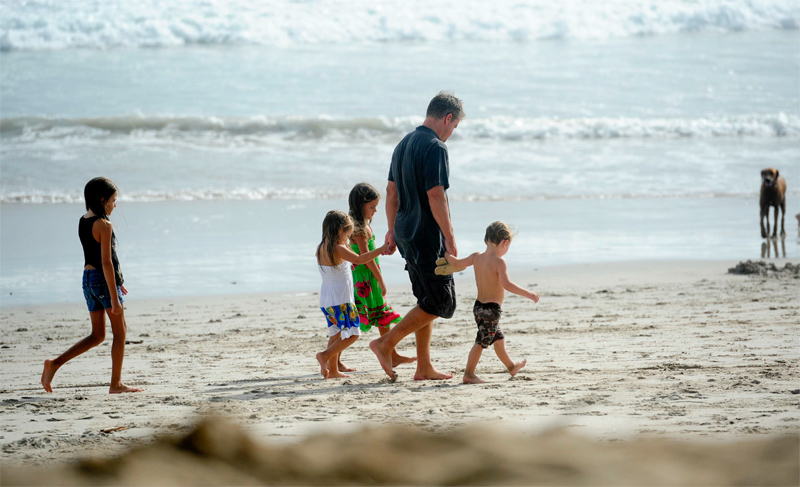 COSTA RICA EXTRA – While in Costa Rica Matt Damon is the total opposite of his aggressive onscreen Jason Bourne persona.

According to immigration records, Damon has spent almost two months straight in the country, arriving with his family on June 28.

Meylin Aguilera, photographer for La Nacion, brings us the following photos of the actor in his role as family man, walking the beach of  Santa Teresa de Cobano, with his Argentinian wife, Luciana Barroso and their three children, Isabella, Gia and Stella.

The photos were taken Friday, August 15, 2013 (Mother’s Day in Costa Rica) in the late afternoon.

See all the photos here…