This is how the new Incofer trains travel from China (photos) 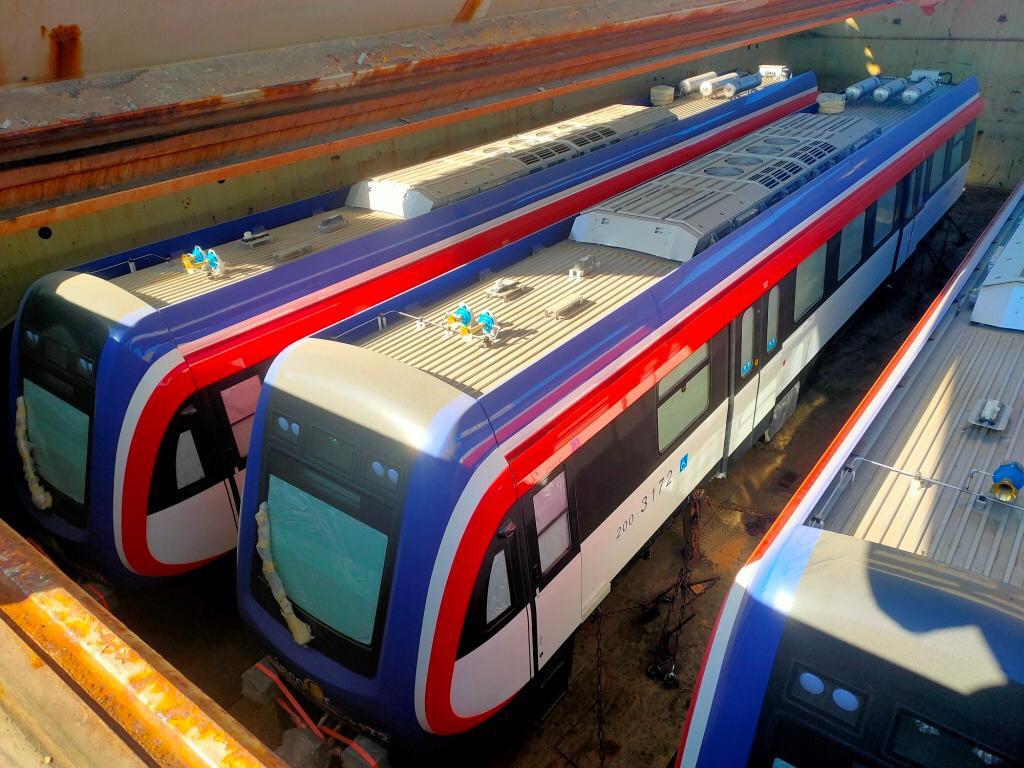 QCOSTARICA – The new Diesel Multiple Units (DMUs) trains purchased by the Instituto Costarricense de Ferrocarriles (Incofer) are expected to arrive in the country in a matter of days.

On Thursday, the Incofer published a series of images showing the units loaded onto a cargo ship, Guang An Cheng, making their way to Costa Rica from China.

The first batch of equipment purchased from the manufacturer CRRC Sifang left the port of Qingdao, China on November 8 and was scheduled to arrive in Costa Rica in the first days of this month.

The Caldera Port Society (SPC) confirmed that the DMUs will arrive at the Pacific port on December 16.

They are expected to go into operation during the first quarter of 2021.

This first batch is made up of 4 DMUs. Meanwhile, the second batch (also made up of 4DMUs) is expected to leave China this month.

The initial plan was for the first units to arrive in the country in September, but the impacts caused by the COVID-19 coronavirus resulted in a delay of 2 months.

In total, there are 8 train units. Each DMU has a length of 38 meters and a capacity of 372 passengers. When fully in service, operating will be four trains made up of 2 coupled DMUs each.

The trains were manufactured according to the technical specifications defined by the Incofer. The purchase also includes equipment for a workshop, maintenance, training, after-sales service, and spare parts.

- Advertisement -
Paying the bills
Previous articleWhat does Salud say about a pill that would block COVID-19 in 24 hours?
Next articleYear-end parties will be prohibited for the public sector