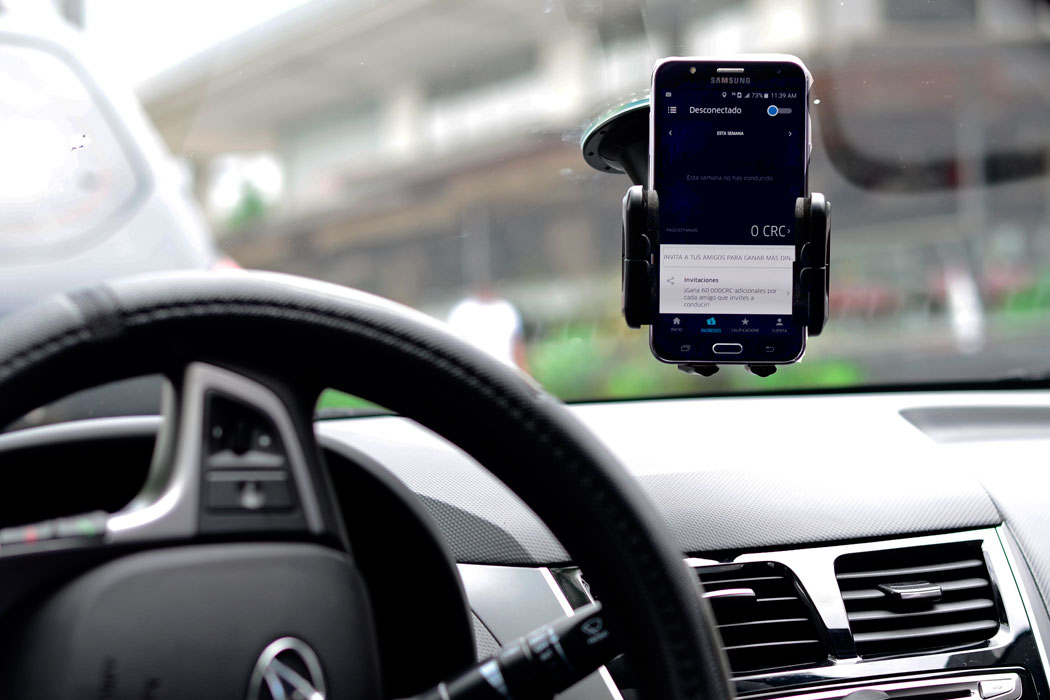 Legislators of the Legislative Committee on Economic Affairs made public on Wednesday an alternative text to the Government’s plan to regulate technological transport platforms such as Uber.

The text, among other objectives, aims to put the user as the most important figure to benefit from the regulation while taking into account the situation of the drivers of the official (red) taxis.

“It is intended to regulate the services through platforms, improve conditions for taxi drivers because we know of above all the employment situation. We have, in my opinion, agreed on a text where the center is the user but in a healthy balance with those who provide the transport service,” said Roberto Thompson, legislator for the Partido Liberación Nacional  (PLN) and chairman of the Committee.

In addition, obligations are established to issue policies and procedures to promote the safety of the user, prevent sexual harassment and discrimination.

Without getting into the technical words used in the text, the aim to provide the user of the ESTP (companies that transport people through technological platforms) a receipt for each trip that contains, at a minimum, the cost of the service, the route traveled, the license plate and the type of vehicle, as well as the full name and photo of the accredited driver.

The new text also eliminates the Government’s initial plan to charge platforms such as Uber the payment of ¢8.3 billion colones for the registration of its operation; establishes as a requirement that all companies register in a digital register as an ESTP, that includes certification of registration as a taxpayer, since the service will be subject to the Value Added Tax (VAT).

Other requirements will be the certification of registration with the Caja Costarricense de Seguro Social (CCSS) and proof of payment corresponding to the company’s registration equivalent to twenty base salaries (currently ¢446,200 colones) or ¢8.92 million.

The ESTPs, according to the text, are also obliged to create and keep updated an internal registry or database of drivers and vehicles accredited and registered on their platform.

Likewise, the companies have to deliver to the Ministry of Public Works and Transportation (MOPT), on a quarterly basis, the list of accredited and registered drivers and the respective plates of the accredited vehicles.

Companies are also required to issue to each driver a profile or digital identification that demonstrates their inscription, which must be used by all the drivers.

The law plan also obliges Uber and the like to ensure that the insurance policies called in the new legislative proposal are in force at all times.

A novel aspect of the plan is the creation of the so-called Derecho de Operación (Right of Operation) which consists of a fund that is made up of an annual driver contribution equal to 20% of the base salary or ¢90,000 colones today, to which, 75% collected would go to the national railway, 20% to the Sistema Nacional de Áreas de Conservación and 5% to the MOPT.

Thompson added that the proposal is open for discussion but, he said, the document aims at a substantial improvement in the current regulatory framework for public transport.

No word when the text and any changes will make it to the legislative floor.

But since the government of Carlos Alvarado has expressed an desire to have the “Uber” regulations in place as quickly as possible, that the president of the Legislative Assembly, Carlos Benavides is also a PLN card-carrying member with Thompson, Karine Niño, and Paola Vega and Luis Ramón Carranza, of the Partido Accion Cuiadana (PAC), we can expect the proposal to be fast-tracked.

- Advertisement -
Paying the bills
Previous articleMan Shot At By Gatilleros In A Moving Bus
Next articlePresidential Disapproval!