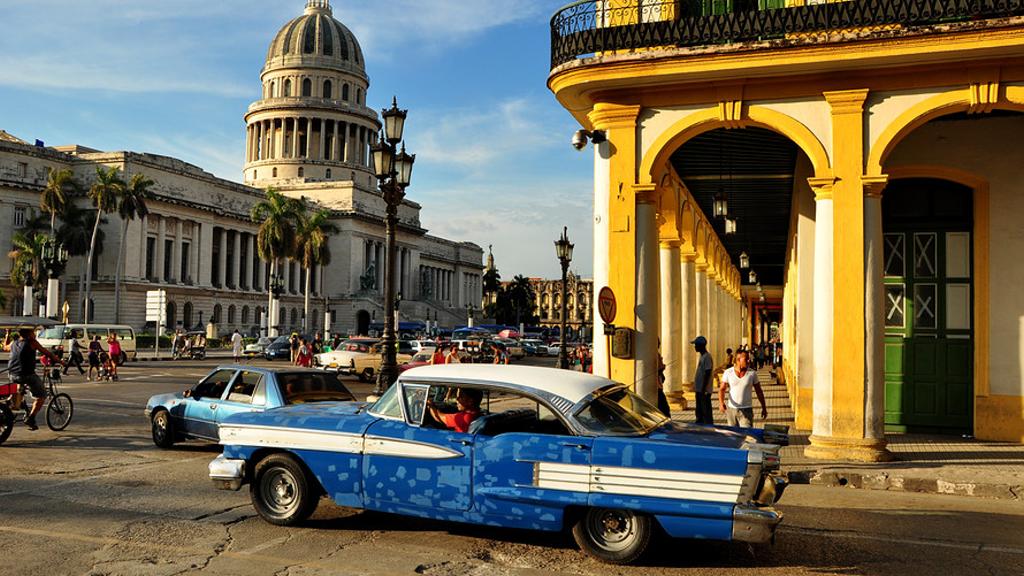 TODAY CUBA – A flash of excitement about travel to Cuba after the country opened its borders to the U.S. in 2016 for the first time in decades may have lost some of its shine.

Americans are less interested in travel to Cuba this year than they were in 2016, a survey from insurance provider Allianz Global Assistance found. Some 76% of the 1,514 respondents said they were not likely to plan a trip to Cuba in 2017 compared to 70% in 2016. Only 2% of those surveyed planned to visit Cuba in the next six months or by the end of 2017, the same as 2016 despite a projected increase in travelers from the country’s ministry of tourism. It also found that 60% of Americans said “would not like to travel to Cuba” compared to just 58% in 2016.

Although some of these shifts may be expected after the initial flurry of interest, flight trends also suggest demand is lower than initially expected, said Brian Sumers, an airline analyst at travel site Skift. “When the country opened up, just about every U.S. airline was obsessed with getting as many routes into Havana as it possibly could — they thought it was going to be a gravy train,” he said. “Now, as I understand it, a lot of the flights are empty.”

Interest is waning a year after the country was opened up to U.S. visitors

Indeed, the initial excitement about the formerly closed off country gave way to moral dilemmas over food shortages and other problems caused by tourism, as well as disappointment over limited working internet, lower hotel standards, and lack of running water there. The Allianz study found lack of travel infrastructure was a major cause of anxiety about traveling to Cuba for 13% of Americans.

The slide in demand has led a number of airlines to reduce or completely eliminate flights to the country, including Silver Airways, a Florida-headquartered domestic airline that dropped all nine of its planned routes to Cuba. Frontier is dropping its Miami-Havana route by June 4, after costs in Havana “significantly exceeded our initial assumptions,” a spokesman told MarketWatch. Spirit Airlines will drop its last flight to Cuba by June 1: “The costs of serving Havana continue to outweigh the demand for service,” Spirit Airlines SAVE, +0.20%   president and chief executive officer of Bob Fornaro said in April.

Earlier this year, two airlines already calling it quits in Cuba, months after the first U.S. commercial flight to Cuba since 1961 began in August 2016

Sumers suggested confusion over the approved reasons to go to Cuba is keeping the average American visitor away still. As of May 2017, visitors to the country have to select one of 12 categories for their visit, which include religious activities, humanitarian projects, “support for the Cuban people,” and journalistic activities. “You can’t go to Cuba to sit on the beach and have fun and that’s what Americans like to do on vacation,” he said. “Cuba is a bit of an outlier still — it is not easy to visit and for a lot of people it’s still a pain. You have to really want to go there.”

While flights to Cuba continue to fluctuate, interest in trips to the country remains high, according to separate data from travel search website Kayak, indicating that there is initial interest in flying there, even if that interest doesn’t last. It found a 173% increase in Cuba searches in April 2017 compared to April 2016, and listed Cuba as the number one trending destination heading into 2017. However, it’s important to note Kayak’s data reflects searches, not actual bookings, said vice president of marketing Dave Solomito. Plus, this jump in interest is likely to be expected after former President Obama relaxed travel restrictions in March 2016.

“It’s possible that people are searching for Cuba travel to explore their options, but decide not to go once they learn of the travel restrictions or conduct their research on lodging options, which are still limited at this point,” he said. Hotels are expensive in Cuba, since there are so few of them that meet U.S. standards, and while accommodation is cheap compared to the U.S., many of the Airbnb listings may fall short of expectations in other countries. (Airbnb, for its part, has said Cuba is its fastest growing market)

The uncertainty about Cuba travel comes after a record year for tourism in the country: 4 million tourists visited in 2016, a 13% increase from 2015, and the Cuban ministry of tourism previously projected a further increase to 4.1 million visitors in 2017. Madeleine Russak, communications director at Engage Cuba, a coalition of private companies and local leaders in favor of lifting the trade embargo on Cuba, said she expects the influx of tourists to continue to increase, citing cruise lines increasing routes to Cuba and several airlines expanding their service there.

Cuba has a long way to go before it’s suitable for many high-maintenance American tourists. “This will come with certain expectations: Americans expect that cell phones will work, credit cards will work, and that access to internet won’t be limited,” she said. “These expectations, along with the monetary support American travelers provide for Cuban entrepreneurs in the tourism sector, will help foster the kind of change that will not only further increase American interest in traveling to our island neighbor, but also benefit the Cuban people.”