The crash occurred at 4:03pm, in Rincon de Ricardo in San Pablo de Heredia. It wasn’t until 7:45pm when, with the help of a crane, the train was freed from the dump truck.

Maria Fernanda Arias, spokeswoman for the Instituto Costarricense de Ferrocarriles (Incofer) – the railway – explained, “this was the first afternoon train to Heredia, eliminating the possibility of transferring passengers to another train, since all the others were on the San Jose side.”

Three people were injured in the crash, one of them the driver of the dump truck. They were all taken to the San Vicente de Paul hospital for observation. None of the injuries were life threatening. 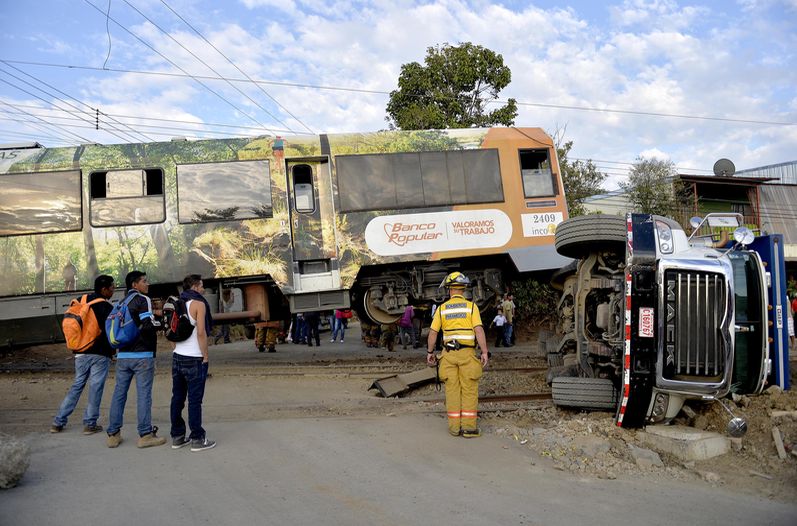 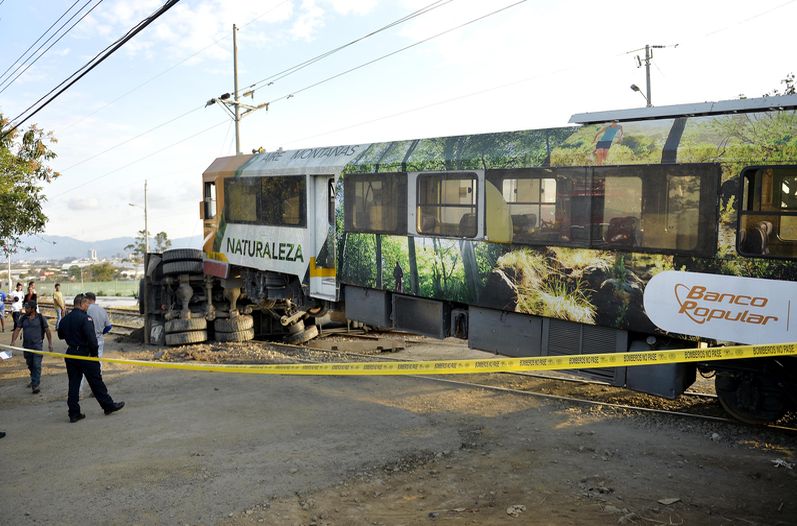