Three Injured, One Dead In Early Morning Shooting in Guadalupe 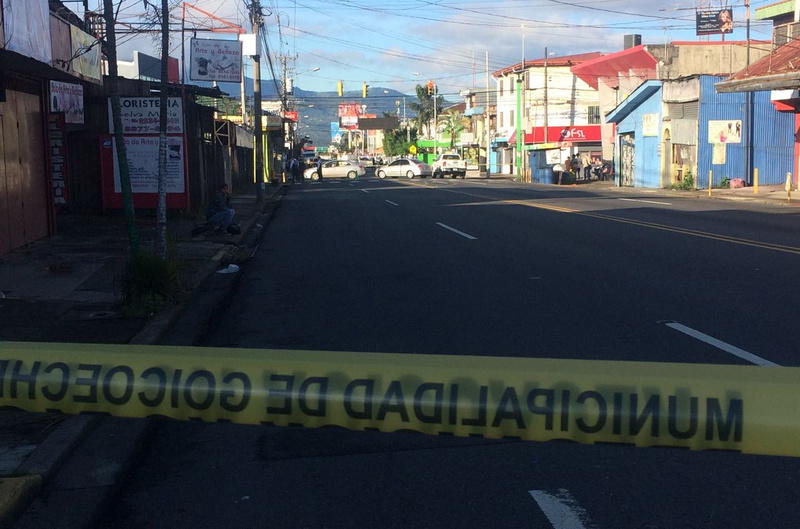 Although the motive is not yet clear, gunmen from a vehicle opened fire against the Centro Institucional de Guadalupe – a half-way house – injuring four people, one who later died in hospital.

All had multiple wounds from the gunfire, one of the hit was impacted by seven bullets.

The shooting occurred at 6:21 am this Wednesday when people were coming out of the institution, in front of the Goicoechea municipal offices.

Apparently, three of the people hit were coming out of the half-way house, the fourth had no connection, apparently being at the wrong place at the wrong time.