Tico Curiosity Got The Best Of The US Secret Service 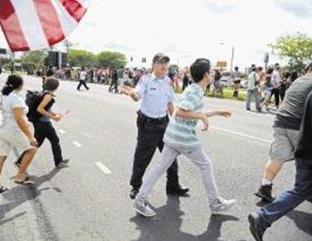 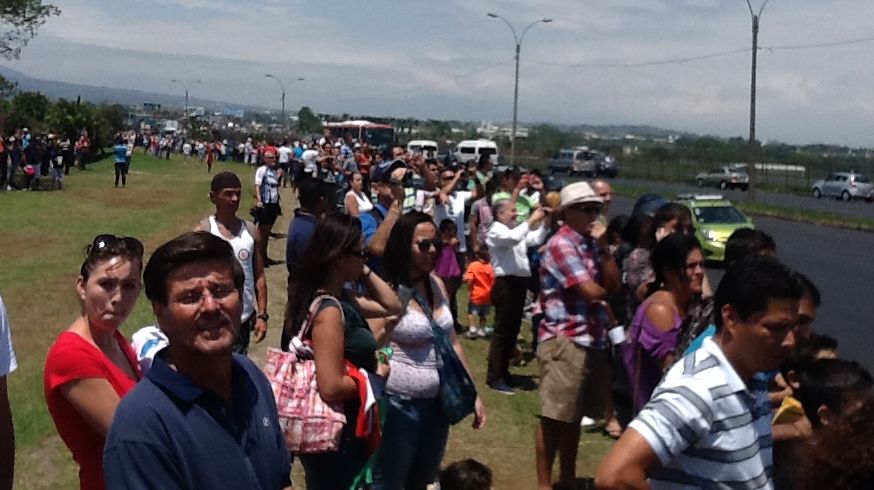 Thousands of spectators invaded the autopista to take pictures of U.S. president Barack Obama. At least of “the Beast”, the presidential limo.

“When comparing the image of the arrival of John F. Kennedy in Costa Rica 50 years ago, the arrival of Barack Obama, yesterday, you’ll notice the idionsyncracis of Costa Rica is still very similar”, writes Luis Miguel Herrera in his article in La Nacion.

Like a half centry ago, thousands of Costa Ricans took to the streets to welcome the visiting dignitary, despite the rigorous security operation put in place by the U.S. Secret Service.

With with and playfullness, and equipped with smartphones, Ticos hunted memories.  “We’re here to see Obama or see Obama. Please we are in Costa Rica, they may sneer but this is history and we have to see”, Rosa Cascante, who cam from Belén to see what she could see, told La Nacion.

A crowd greeted the Obama limo on Friday from the airport to the Intercontinental hotel. Outside the airport terminal, in the park across from the airport, many gathered to see the presidential plane land and then invaded the security line, crossing the autopista to get close to the limo.

Along the autopista, there were people lined up all along the route, many close enough to possibly even touch the vehicles if they had slowed down any.

The same occurring today on Obama’s ride back to the airport. Secret Service agents must have scolded Costa Rican authorities, for the park today was roped off and the security line manned by officials of the “intervention unit” -a specialized arm of the Costa Rica police force – and the closeness was now a few metres (yards) instead of centimetres (inches).

Although the Secrect Service had maintained that people would not get any closer than 200 metres from the president or his limo – and this was certainly true to their word where Obama was outside the limo – in other places there were instances where there were close encounters of the presidential kind.

Many, like good Ticos ready for the Tope or Light Festival parade, came out armed with folding chairs and coolers (probably filled with cold imperial beers), while others abandonded their cars and motorcycles, hoofing it to get close to the motorcade.

Although reports of the security breaches and the headaches many a Tico caused the Secret Service have not been made public, posts in the social media tell tales of more than one Tico spending several minutes with hands up in the air, so that American snipers could be clear of the situation.

No matter, it was worth the price of getting close.

QCOSTARICA - Drivers who were sanctioned for violating the...
Nicaragua