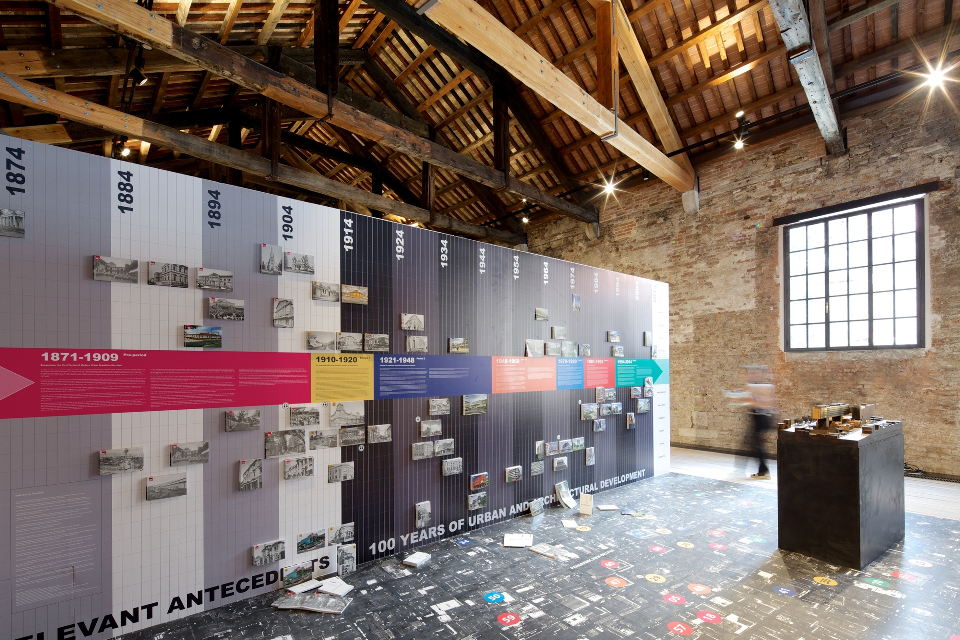 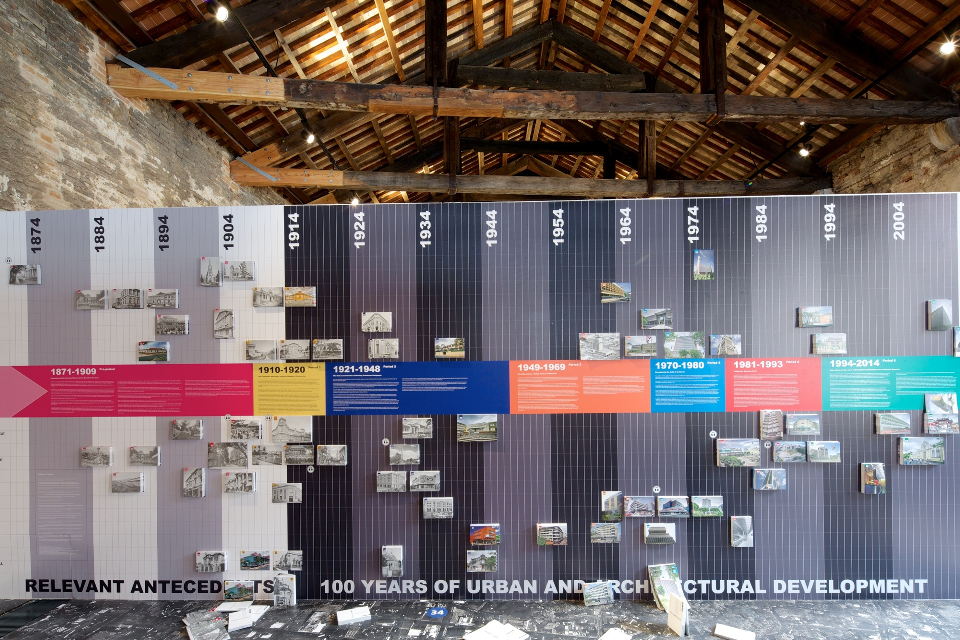 COSTA RICA NEWS – Curated and commissioned by the German architects Oliver Schütte and Marije van Lidth de Jeude, Costa Rica’s first pavilion at the Venice Biennale focuses on a competition-winning project for the new Costa Rican Legislative Assembly, a project which illustrates the “vicious circle of social segregation and spatial fragmentation in the Greater Metropolitan Area of Costa Rica (GAM).”

Read the curators’ description and take a virtual tour of the Costa Rica Pavilion after the break.

From the Curators. Today, more than 64% of Costa Rica’s population is classified as urban; this is well above the world average (50%), but below that of Latin America (80%), the most urbanized region in the world. The vast majority of these people live on less than 4% of the territory of the country: the Greater Metropolitan Area (GAM), composed of the historic cities of Alajuela, Cartago, Heredia, San José.

When viewed from above, the GAM dramatically illustrates what Rem Koolhaas once described as “fields of potentiality” in a culture of neoliberal development, or what Mike Davis calls ”airdrop urbanism.” The cluster is about 1.5 times the size of Los Angeles, with only two thirds of the people; it is a spatially fragmented and socially segregated rurban hybrid.
© Nico Saieh

Individual cities have expanded outward, resulting in a seemingly random collage of different worlds. The modernist separation of functions, and the constant mobilization of people that it caused, has led to alarming levels of pollution, as well as an almost absurd perception of insecurity in the urban centers and low-density suburbs. Most buildings and developments are protected by an army of guards and dogs, surveillance cameras, barbed wire or electric fences. The image of Costa Rica as a peaceful, nature-loving country is belied and caricatured in its cities.

The most extreme consequences can be seen in the capital of San José, with 1.2 million daily “users” who leave behind a resident population of just 50,000 at night. The capital holds the majority of public institutions, but many historic buildings have been demolished to make room for parking lots for the rurban travelers.

In the context of a debate over preservation versus development, we present the competition for the new Legislative Assembly, which is supposed to start construction in 2014. The winning project dramatically illustrates the overlapping growth of the cities or ex-cities of the early twentieth to twenty-first centuries. Condensed into a single, specific historical site, they symbolize the struggle of the old and new city, the old and new world, in the complex process of modernization. 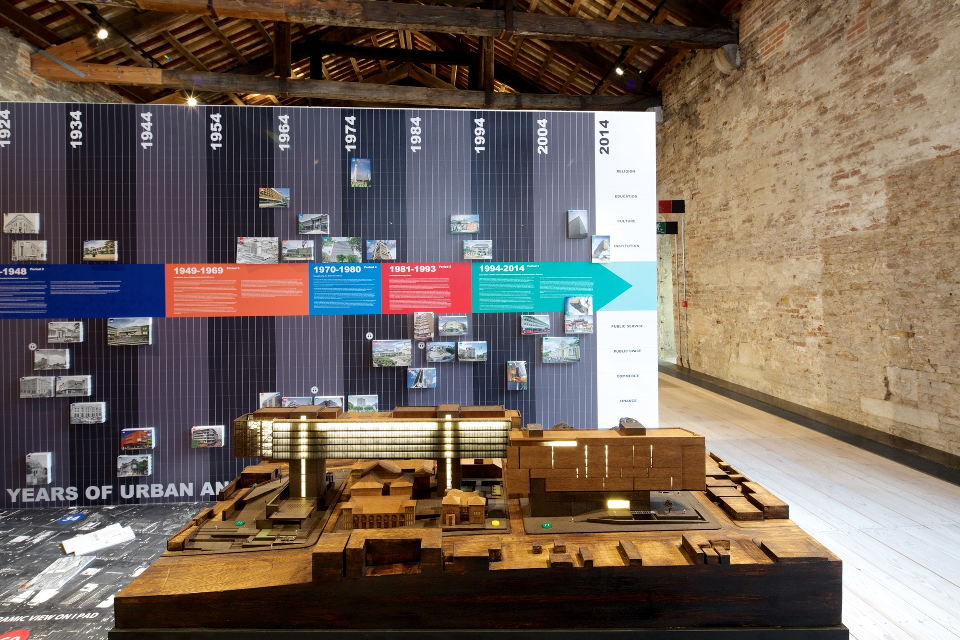 Pavilion commissioned by the Ministry of Culture and Youth of Costa Rica. 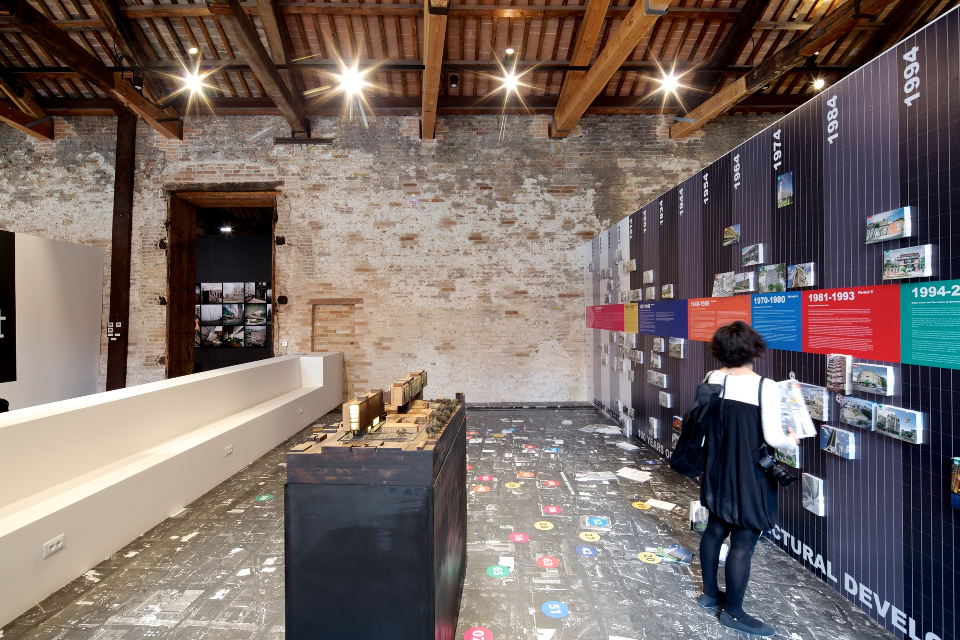