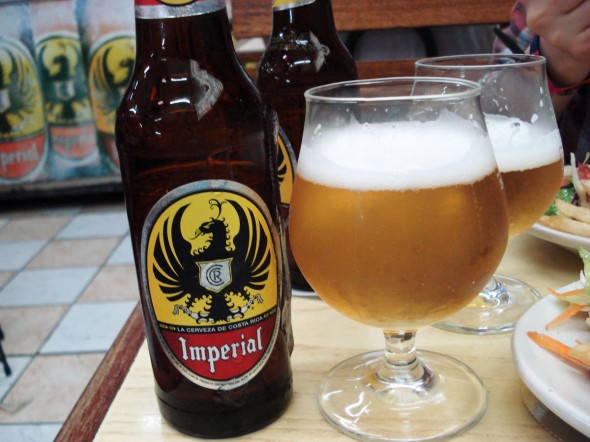 Costa Ricans (Ticos) are known worldwide  for their message of “pura vida”, living in a relative atmosphere of calm and their good treatment of tourists… However, a recent report by the World Health Organization (WHO ) also highlights the Ticos among the heaviest drinkers in Central America.

The report, released Monday, places Costa Ricans as the third largest consumers of alcohol in the region, Belizeans and Panamanians.

According to the study, Costa Ricans over 15 years of age, have a 59% per capita prediliction for beer, 36% for liquor (such as rum and whiskey, etc) and only 5% for wine.

“Much remains to be done to protect people from the negative consequences of alcohol consumption on health. The report clearly shows that there is no room for complacency when it comes to reducing harmful use of alcohol,” said the doctor Oleg Chestnov, WHO specialist, on the WHO website.

The WHO report says that Costa Rican men have a higher prevalence of living through period of high alcohol consumption. In 2919, 12.6% said to have consumed at least 60 grams of alcohol per occasion during the last 30 days. While only 2.4% of women did so.

A total 27.6% of the population over 15 years of age said they had never had an alcoholic drink. Meanwhile, 21% said they drank alcohol, but nothing in the last last 12 months. 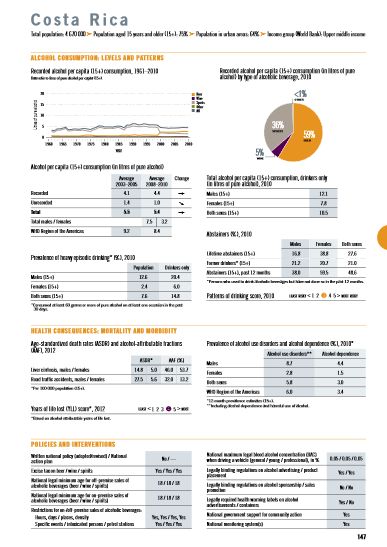 Gerardo Sánchez, statistician at the Instituto Costarricense de Alcoholismo y Farmacodependencia (IAFA) – Costa Rican Institute of Statistical Alcoholism and Drug Dependence, said he did not share the data in the WHO report.

Sánchez said the figures differ “a lot” within the report issued in 2006 and according to him, “Costa Rincas are not among the heaviest drinkers in the region”.

“According to my estimates, between 2006 and 2007, the per capita consumption was 3.621 litres per capita…I think the WHO data is inflated”, said Sánchez in his dismissal of the WHO study.

The statistician said that other Central American countries do not have a consolidated consumer study as does Costa Rica. Sánchez believes that the country is below other nations like Nicaragua and Guatemala.

“We have the data to back it up…we must be one of the countries with lower alcohol consumption in the region, they (other Central American countries) find it hard to control their intake,” said Sánchez.

Recently the Instituto Costarricense sobre Drogas (ICD) – Costa Rican Drug Institute, has been fighting against the development “mega bars” and “open bar” promotions that offer alcohol to minors and college students. The ICD is pushing several legislative bills to ban the aforementioned activities.

As of December 1, a vaccination certificate will be mandatory in Costa Rica

QCOSTARICA - With the arrival of the trade winds...
Living in Costa Rica

TODAY COSTA RICA - This photo is of the...