Tourism has become the great machine for obtaining dollars for the Costa Rican economy, and the data supports the claim.

In the last ten years, the tourism industry generated US$28 billion dollars and with the exception of 2009, due the consequences of the global crisis, the growth was almost 10% per year.

To put this in perspective, between 2008 and 2017, the banana, the star of the country, accumulated sales of only US$8.3 billion, the pineapple, US$7.6 billion, while medical devices US$4.5 billion, according to Procomer and the Central Bank. 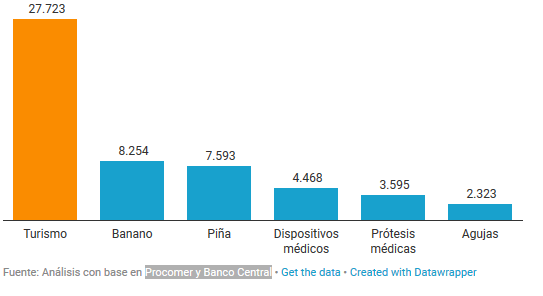 The year with the greatest generation of the U.S. dollar from tourism was 2016, with $3.7 billion, the lowest or “slump” in 2009 with only $2 billion generated.

In the ten years, a total of 23.9 million visitors arrived in Costa Rica, spending an average of US$1,200 dollars each, according to numbers by the Tourism Board, the Instituto Costarricense de Turismo (ICT). 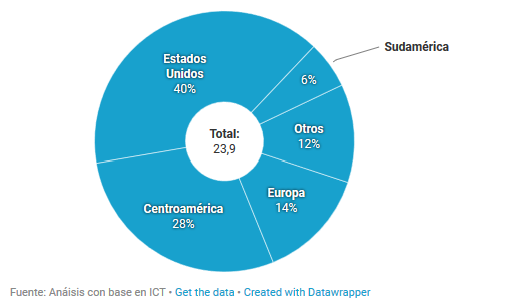 Americans made up the bulk of the tourist arrivals with 40%, tourism from the isthmus (Central America0 accounted for 29% of the arrivals,  Europeans 14%, South Amerians 6% and the rest, 12% from others.

The data of foreign currency generated includes numbers to the third quarter of 2017 and tourist arrivals to November 2017.