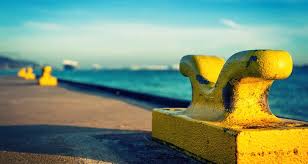 Of late there has been little or nothing about the Interoceanic Canada project or Grand Canal in Nicaragua, as the Ministry of Transportation and Infrastructure (MTI) allocates resources to carry out a feasibility study to build a deepwater port in the South Caribbean, in Bluefields.

According to the Annual Contracts Plan (PAC) 150.6 million córdobas (almost US$5 million dollars), coming from the Inter-American Development Bank (IDB), allocated to the port project.

The construction of the port in Bluefields is gaining strength now that the road project that will keep this municipality connected to the Nicaraguan Pacific, through New Guinea, is nearing completion.

If the construction of the port were to become a reality, Nicaragua would be less dependent of the ports of Honduras and Costa Rica to make its exports and imports.

In addition to guaranteeing sovereignty, in theory, with the construction of this port it will significantly reduce the operating cost of the imports and exports that leaves of the Nicaragua, especially those destined for the United States.

- Advertisement -
Paying the bills
Previous articleTourism Generated US$228 Billion In The Last Decade
Next articleA Week In Paradise: Women Escape The Cold With A Fitness-focused Trip to Costa Rica