Tourists recognize the danger to see crocodiles on Tarcoles bridge 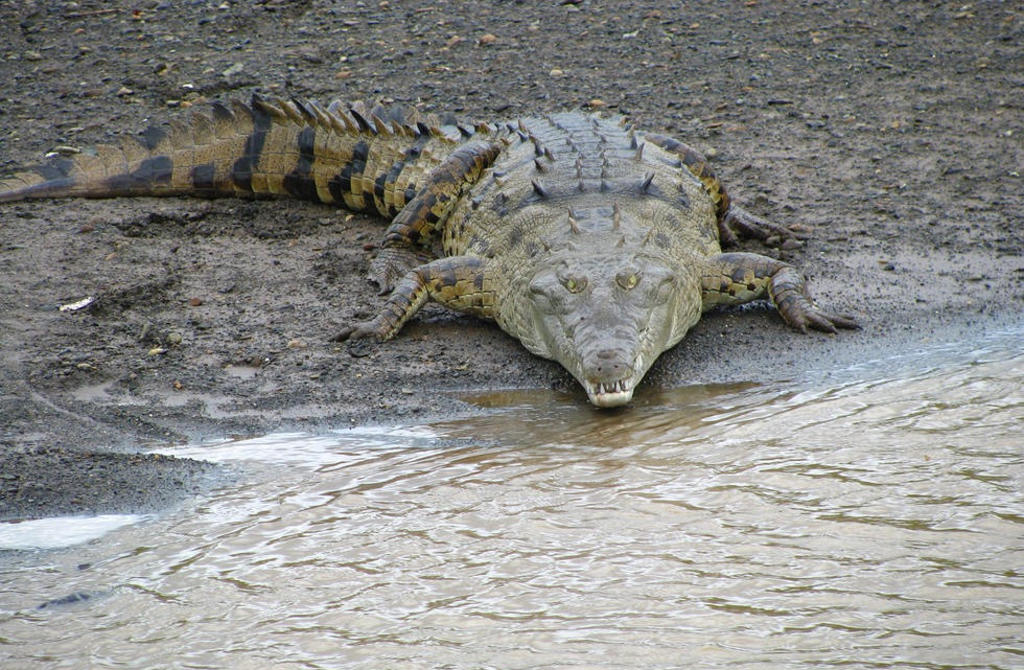 Tourists who stop to see the crocodiles on the bridge over the Tárcoles River recognize the danger they are exposed to, such as vehicles at high passing speed, no speed limiters and no traffic police presence in the area.

Every day, hundreds of tourist make the almost ‘obligatory’ stop to see the crocs, a tourist curiosity on the Costanera Sur (ruta 34), on their way to or/from the Pacific coast.

Despite warning signs posted prohibiting people on the bridge, it has had no effect.

In 2017, a lawyer filed an appeal with the Constitutional Court for the Ministry of Transport and the Policia de Transito (traffic police) to take measures to provide security for visitors on the bridge.

To date, nothing has happened. Tourists continue to take the risk. Cars continue to speed through the bridge. The only police presence and not at all times, is a Fuerza Publica (national police) patrol unit.

According to MOPT and Transito officials, they are evaluating the situation, including the building some type of structure to permit tourists to safely observe the crocodiles.

QCOSTARICA - Given the discovery of missing vaccines against...