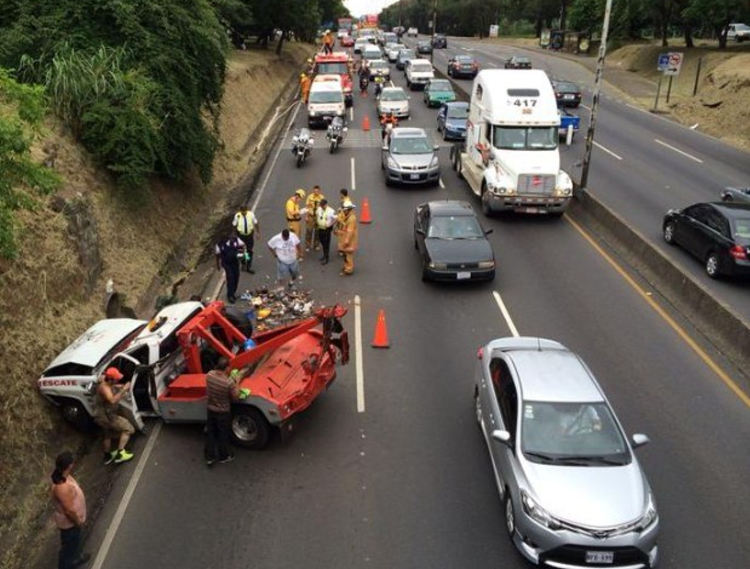 COSTA RICA NEWS – A two truck travelling on the bridge over the autopista General Cañas Friday afternoon, causing tremendous traffic congestion in the San José bound lanes, ahead of the Virilla bridge, in the area known as La Castella.

Although the identity of the driver was not made public, authorities say he was able to escape from the vehicle before it fell some 8 metres (25) to the road below. Red Cross officials reported him in stable condition.

The reasons for the unusual accident are unclear and traffic police do not suspect alcohol involved.

QCOSTARICA - No more soup for you! If the Minister of Public Works and Transport (MOPT), Rodolfo Méndez, has his way, the H. Solís...
Expat Focus