Is the government of Carlos Alvarado considering breaking the ICE monopoly on the electricity sector? Two ICE worker unions seem to think so and for that, they have called for a strike for Monday, July 15.

According to the government, the unions are basing their strike on incorrect information, assuring that there are no plans dismantle the Instituto Costarricense de Electricidad (ICE), by removing the institution’s control of the Centro Nacional de Control de Energía (CENCE) – National Center for Energy Control and a plan for the Compañía Nacional de Fuerza y Luz (CNFL) – National Power and Light Company – to become a public services company, all with the objective of breaking the monopoly of the electricity market held by the State. 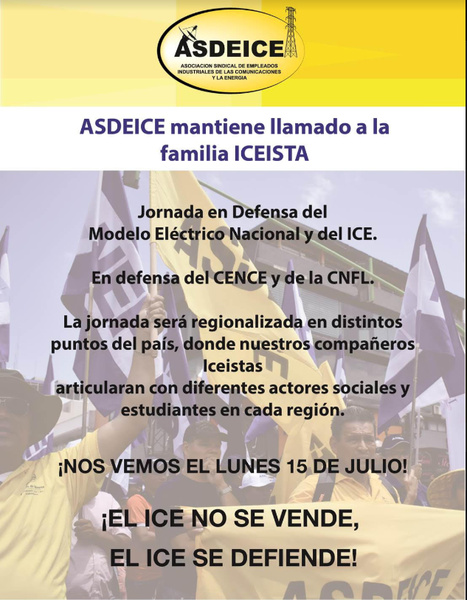 Asdeice and Siice also integrate the Internal Front of Workers of ICE (FIT-ICE), together, have a membership of some 2,200.

Q REPORTS (Newsmax.com) As consumed as Russia is with...
Infrastructure