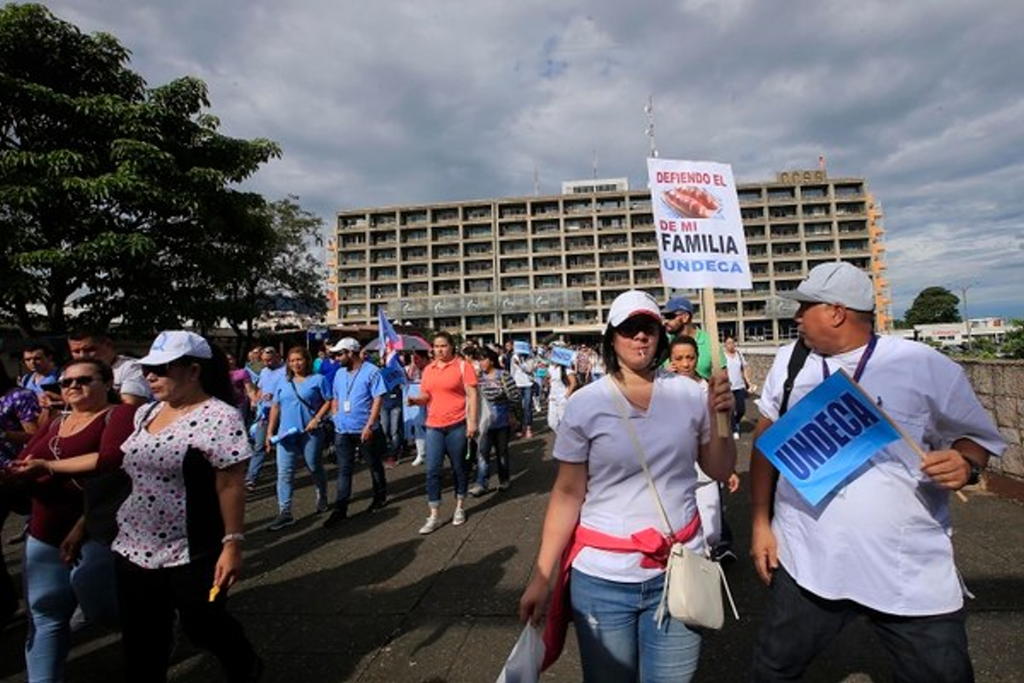 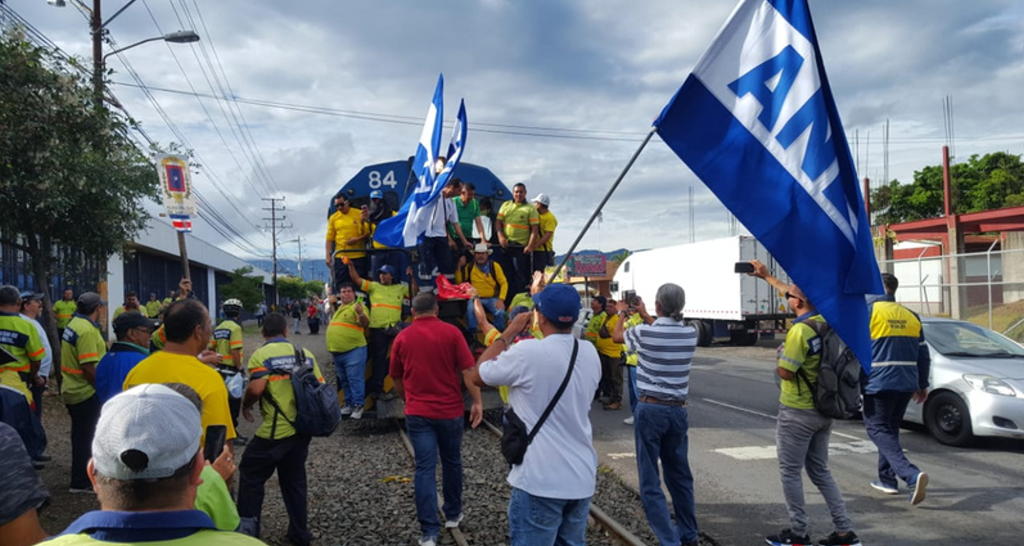 The trade unions claim to strike because of lack of dialogue, alleging that the Governmnet has not wanted to sit down and review their observations on the tax reform. The movement focuses its annoyance on the bill for the Strengthening of Public Finances, which is promoted by the Ministry of Finance.

The Government affirms that the unions do not detail their proposals.

When Juan Fernando Lara of the La Ncion, this morning by telephone, asked Gilberto Cascante, leader of the Bloque Unitario Sindical y Social (Bussco), declined to detail the specific objections of the trade union movement to the initiative or its specific suggestions for changes.

“We’ve presented specific proposals and they have not wanted to sit down and review them,” Cascante responded.

However, the press office of the Ministerio de Trabajo (Ministry of Labor) confirmed there have been three meetings with several union leaders (including Cascante himself). The meetings took place on May 25, June 8 and June 22.

Also consulted by telephone was Albino Vargas, general secretary of the ANEP, who also declined to specify proposals or reasons for the strike action.

On Sunday, Rodolfo Piza, Minister of the Presidency, argued that the strike was completely unjustified. “President Alvarado has and will always have total openness to dialogue with all sectors to listen carefully to citizens’ concerns. The movement is unjustified, does not support dialogue and affects the rights of people,” said Piza on national television.

The strike began in several parts of the country, including the usual, in front of the ICE main offices in La Sabana, with the objective of marching to the Legislative Assembly.

According to reports by the Policia de Transito, traffic was most affected in Lima de Cartago, Paseo Colon, Avenida Segunda, the areas of the Calderon Guardia Hospital and the Autopista Genera Cañas, in the area of the Mexico Hospital.

By and large, schools and colleges were empty today, some hospital services affected.

- Advertisement -
Paying the bills
Previous articleEDITORIAL: Americans Should Get Their Act Together Before Condemning Child Marriage Practices In Costa Rica
Next articleThe Strike: Security Officer Armed With Rifle Annoyed Strikers Demonstrating In Front of Constitutional Court

QCOSTARICA - A new increase in the price in...
#Accidents