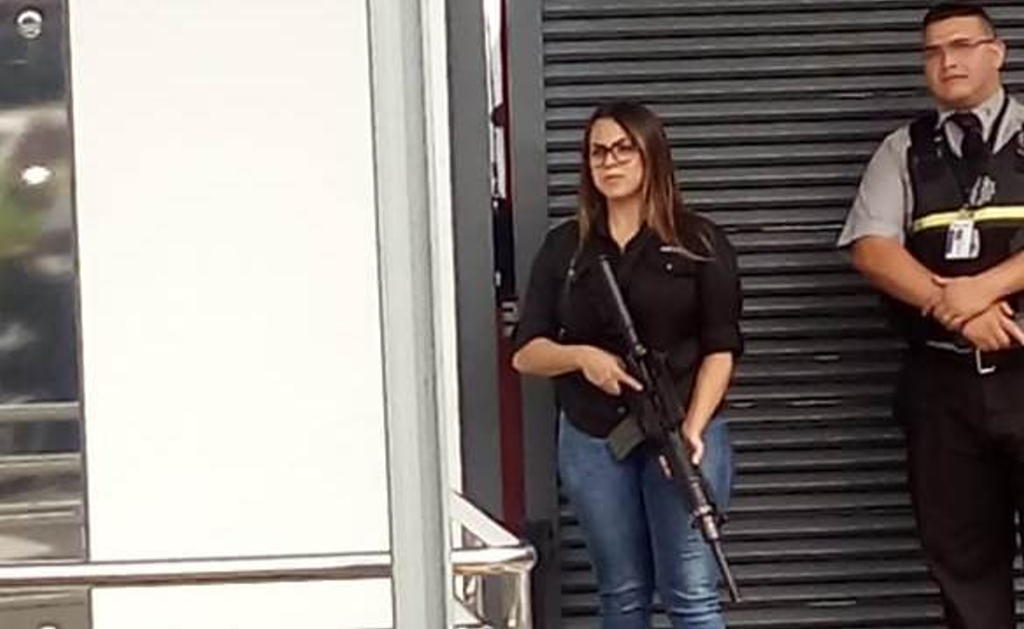 The mood of protesters outside the Constitutional Court or Sala IV building in downtown San Jose heated up for a few minutes when a security officer guarded the entrance with a high caliber weapon.

This caused the anger of the majority, a situation that forced the woman to re-enter the building.

The employees of the Municipality of San José were those who were outside the Sala IV with ANEP flags, when the situation occurred minutes before 10 am.

Once the security officer went inside, the strikers calmed down and moved to other points to meet up with other strikers.

The photo was published by Teletica from Pegando Porte y La Vara.

Q TRAVEL - Within the framework of Dog Day,...
Cuba