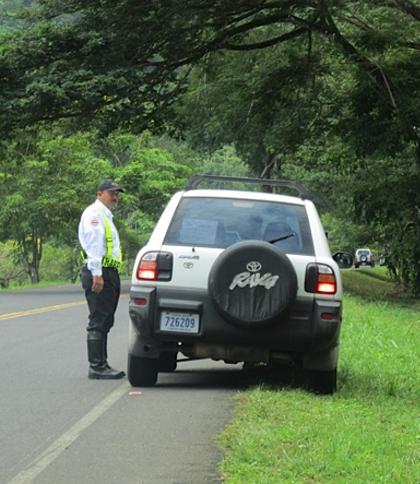 Lawmakers can’t seem to get it right. The reform to the reform of the old traffic law still has defects, appeals courts have revealed in recent cases.

The Consititutional Court (Sala IV) struck down the first traffic law reform because its fines were prohibitively high, so lawmakers reduced them and all seemed right with the world. But now, a defect means the traffic judges can’t revoke licenses.

The reform to the reform keeps judges from revoking the licenses of persons driving drunk, engaging in street races and driving at insanely high speeds. Appellate judges, it seems, can read numbers, even if lawmakers drafting legislation can’t.

It seems that Article 136A of the law refers revocation of the license to the three infractions explained in Article 254B. Unfortunately, that article doesn’t refer to the infractions — instead, it is Article 261B.

This effectively takes the reckless types and drunks off the hook. They can pay their revised fines, serve jail time and go right back out on the road to sin again, sometimes fatally — the very reason the law was reformed in the first place.

The appellate court cannot make or correct a legal defect, only the Legislative Assembly can do that — judges just enforce laws, they don’t draft them. But they can read — in this case, all too well.

So the appellate judges Lilliana Garcia, Rosaria Chinchilla and Edwin Salas could maintain the jail sentence during the hearings of a driver — but were unable to keep him from driving for a year, the way lawmakers intended.

Carlos Rivas, legal director of the Traffic Safety Council (COSEVI) would like to see the Sala IV sit down with the Penal Committee of the courts and hammer out a solution, rather than have the lawmakers go through the time-consuming process of amending the error.

Comment: As an old-time newspaper journalist, this reporter is aware of errors, typographical and otherwise. He has always had the feeling that part of the problem with representative government is that it contains too many lawyers.

Any chance the political parties can pick a couple of sharp-eyed proof readers to put on their lawmaker wish lists at election time?

QCOSTARICA - Covid-19 would have caused the Costa Rican...
National