In three days the commuter train to Cartago will be a reality, when on Friday the sound of the “pito” (train’s horn) will be heard in the Old Metropolis.

The cost to travel between San José and Cartago is ¢550 colones.

According to the  Instituto Costarricense de Ferrocarriles (Incofer), the train will run from Monday to Friday, starting at 5:35am to 8am in the mornings and between 4pm and 7:30pm evenings.

The train will make five stops, as it runs 21 kilometres between San Pedro (east side of San José) and Cartago centre. 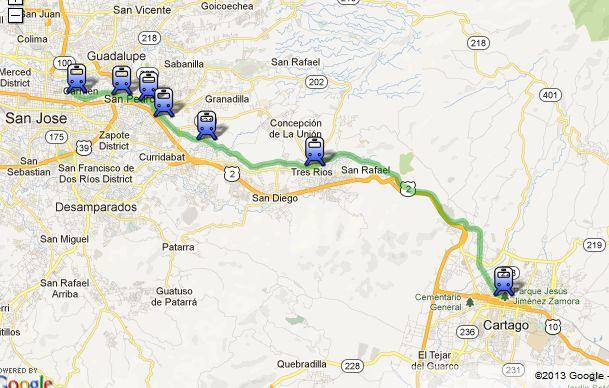 Incofer president, Miguel Carabaguíaz, confirmed that the fare is still under appeal. The Autoridad Reguladora de los Serivicios Públicos (Aresep) – regulator of public prices and services – set the rate, while the Incofer feels it should be ¢565 colones.

Today, Wednesday, June 9, only EVENS can circulate. The measure is countrywide and applied between 5:00 am and 9:00 pm, save for those under the...
HQ