Trains And Drivers in Costa Rica Not An Easy Mix 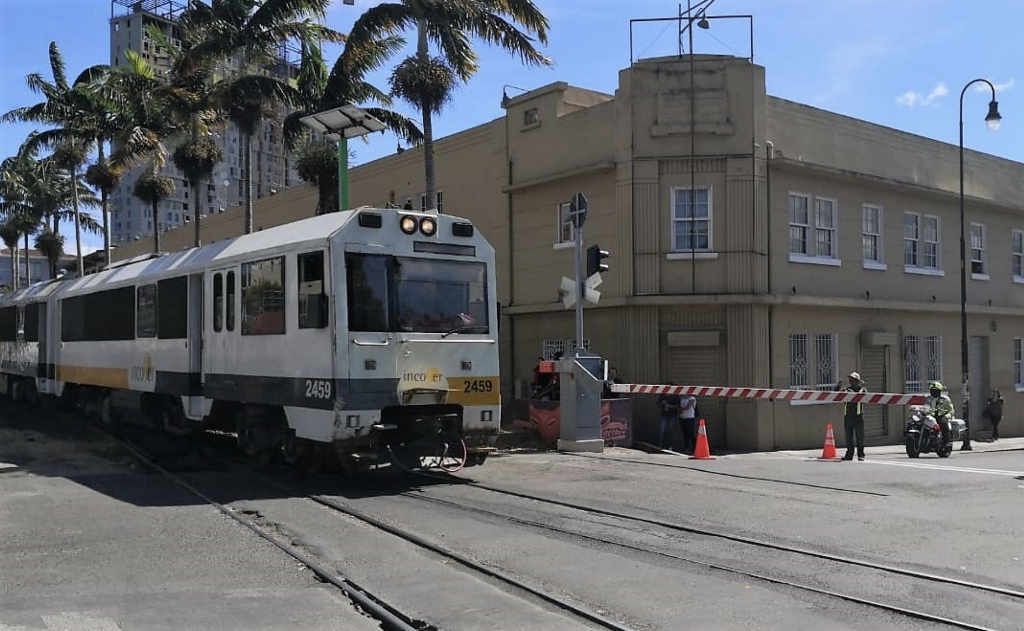 Rico’s TICO BULL – Trains and drivers in Costa Rica just don’t seem to go together. Is it culture? Lack of respect? Or just bad driving? You name it.

On Monday, the Incofer – the national railway – in its plan to make train travel safer for everybody officially unveuled the installation of the latest rail level crossing.

But it didn’t even last one day.

According to Maria Fernanda Arias, spokesperson for the Incofer, the first of the 23 recently installed train level crossings was hit by a vehicle. The rest  a total of 91 – will be installed in the coming months.

The damaged rail level crossing is located in the vicinity of the Antigua Aduana (Old Customs House), 100 meters from where the official event to announce the installation of the devices took place.

Following is a post by President Carlos on his Facebook page of the live event on Monday, with pomp and ceremony of the work of the Incofer.

His wife, the first lady, Claudia Dobles, who is heading up the program to bring to Costa Rica the electric train, posted her own message to drivers on how to use the train level crossing, “Remember that you should always do the STOP (ALTO in Spanish) at a train crossing because #eltrenvaprimero (the train always goes first).

The rail level crossings are a result of many years of waiting and accidents, some serious, several fatal.

I have often, in casual conversation mentioned to the few who will listen the order of the road: the train, the big truck, the bus, the car, the motorcycle, the bus and then you, the guy/gal on foot. There is no getting arount it. Size does matter.

If this wasn’t serious stuff, I would be posting in the ‘lighter side” of Costa Rica section.

Just take a look at this TICO BULL between a car and an amored car posted on Facebook by Accidendes de Costa Rica.

It would be funny if it were not more common than you would think.