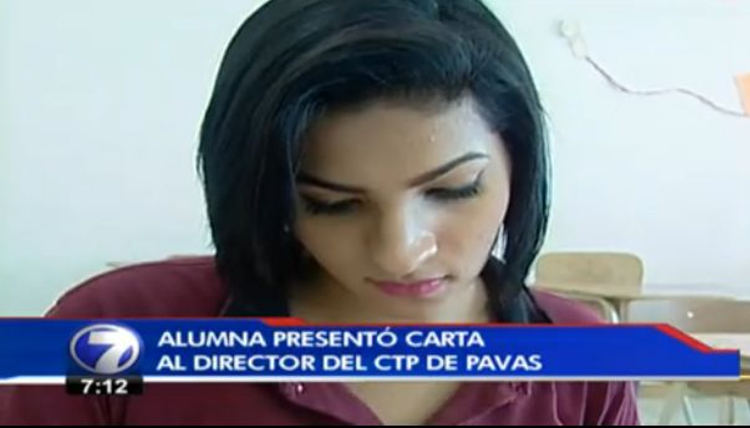 QCOSTARICA  – Alejandro, a transgender student at the Colegio Tecnico e Pavas, says she has left behind the name and now wants to be called Aphril, but her teachers refuse to call her by the name she chose.

A few months ago the Ministry of Education (Ministerio de Educación Pública – MEP) highlighted the case of Aphril, a success story at the vocational school, an institution that supported her during the process of change.

But, today Aphril has been forced to file a discrimination complaint against the school.

Aphril says she is being disrespected by a teacher, even to the point of calling her a prostitute, should be on the street and not take up valuable classroom space.

She has also asked the school principal to take action on the matter.

The MEP says it has opened an investigation, but Aphril must respect due process.

In San Carlos, last Friday, Education Minster Sonia Marta Mora, was forced to visit a local school in that country to clear up a “misunderstanding” in the case of a transgender student was allegedly expelled for not complying to the dress code.