Transito and Driver Duke It Out!

A real story from La Teja, “a traffic official and driver duke it out in a street brawl”. 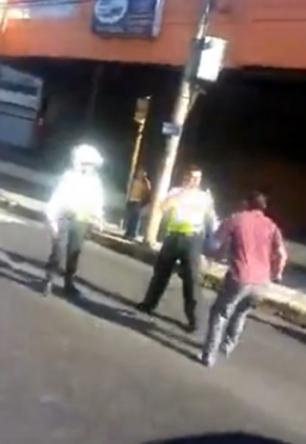 t appears, according to Tránsito, Ramón Monge Salas, and recounts of fellow officials, the driver  (identified by his last name Chavarría), did not heed to a request by the official to move over to the other lane.

The incident caused the driver to have a fender bender with another vehicle.

Angry at the collision, he started yelling and insulting the official, ending up in (him) slapping the official. The official struck back, requiring the assistance of two other officials to break it all up.

The driver said he got angry because the official “yelled” at him. The official says he struck back after receiving the first blow.

This occurred on Avenida 10, some 100 metres west of the San José municipal offices, across from the Sabana park, in plain day on Friday.

At the end, both – the official and driver – went home to consider possible charges against the other.