Transport Entrepreneur Looking To Be Mayor of San Jose 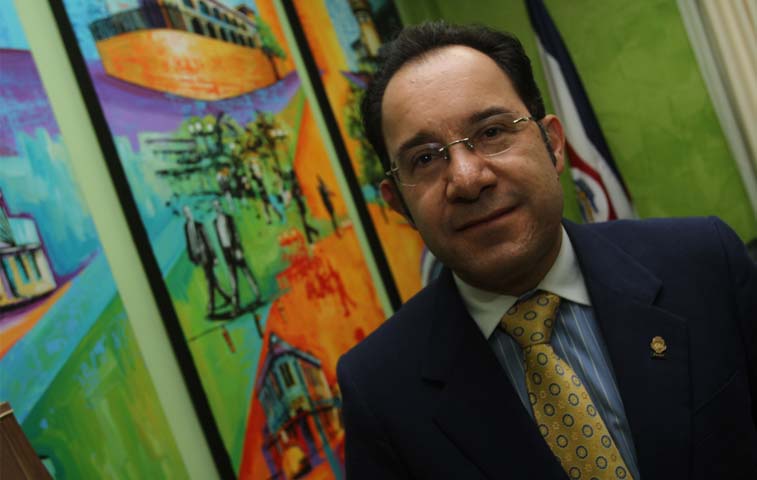 (QCOSTARICA POLITICS) Local businessman, Oscar Alfaro Zamora, wants to put aside driving people around Costa Rica to driving the city of San Jose, announced his bid for the mayor’s chair.

Alfaro, owner of the Transnica bus line (among other businesses, including a number of real estate projects), joins Luis Alvarez – former minister of Economy (2010-2014) a former legislator (1982-1986); and Guido Granados, a lawyer and husband of current San Jose mayor, Sandra García, in the race to the Partido Liberacion Nacional (PLN) candidate for the mayor of San Jose.

The PLN  internal elections will be held on August 22.

Alfaro is not new to politics. As a legislator for the PLN (2010-2014), he was characterized as a great defender of the Red de Cuido (Social Care Network) program prompted by President Laura Chinchilla (2010 -2014).

The entrepreneur is also not new to controversy, gaining notoriety for his involvement in a political investigation for alleged ghost donations to the PLN campaigns, but, there is no formal complaint against him.

HQ - The Fuerza Publica (National Pollice) intervened an agglomeration of people on the outskirts of the Rincón Grande de Pavas school during the...
News

QCOSTARICA - The contagion rate of covid-19 in Costa Rica in the last week did not change, a fact that is seen for the...
Entertainment