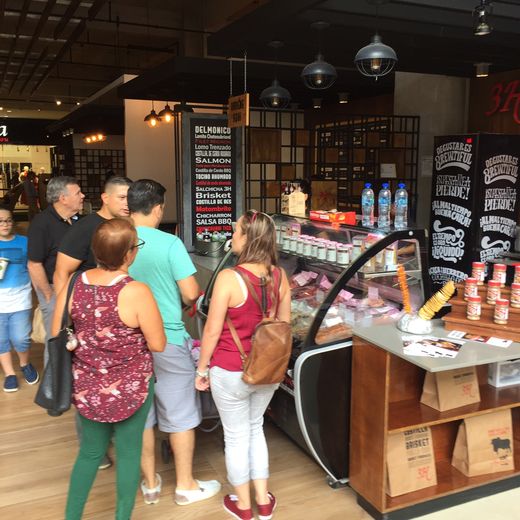 At the model butcher store identified with the 3H logo, customers can buy meat cuts like Rib, Tenderloin, New York and Delmonico among others. In addition, customers can buy sausages and encased meat products and prepared foods like their BBQ Brisket Sandwich.

The company expects to open at least three more stores next year, mainly in downtown San Jose and shopping centres on the east and west of the city.

So far, the Costa Rican company only operated large restaurants, known for their traditional sculpture of a giant bull in the front of the store, the first located at the Limonal junction on the Ruta 1 (the turn off to the Tempisque bridge) and the other in La Uruca, in San Jose, next to the immigration service. Though the giant bull faces the autopista General Cañas, the entrance is by the sideroad.

Isabel Acosta, brand manager for the Tres Hermanas, said they plan to open seven new locations in the near future, and currently employ 60 people.