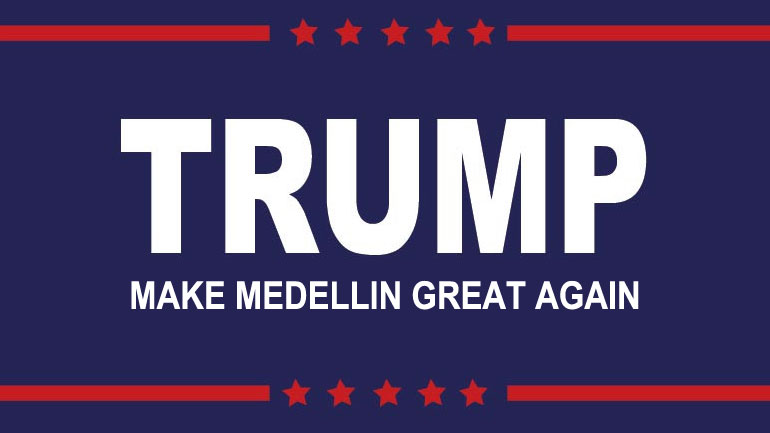 TODAY COLOMBIA – Controversial Republican presidential candidate Donald Trump is in the market for Colombia soccer team Atletico Nacional, just days after signing a $90 million purchase of a hotel in Medellin.

Through his partnership with US real estate firm Proto Group, just days ago he signed a reported $90 million deal with the purchase of a hotel in Medellin, Colombia’s second largest city and the capital of the Antioquia province.

The next move in the Trump and Proto Group plan of Colombian investment is reported to be the purchase of the Medellin-based Atletico Nacional, one of Colombia’s most successful teams.

Proto group said that “soccer is a very interesting deal. For this reason we are also considering buying a soccer team from the city.”

The announced investments come after a tumultuous month for the real estate mogul, who gained widespread press attention after making derogatory comments over Mexicans and Latino immigrants in a presidential candidacy speech in late June.

His comments evoked rage in the southern hemisphere, with many Colombian’s joining to protest against the mogul. He was chastised by Colombia’s Former Miss Universe, reggaeton singer J Calvin and Shakira.

The country’s capital city additionally withdrew its bid to host next year’s Miss Universe, the beauty pageant owned by Trump. On top of this, he lost several significant deals with Macy’s and television stations NBC and Univision.

QCOSTARICA - The increase in covid-19 cases and hospital...
Consumption