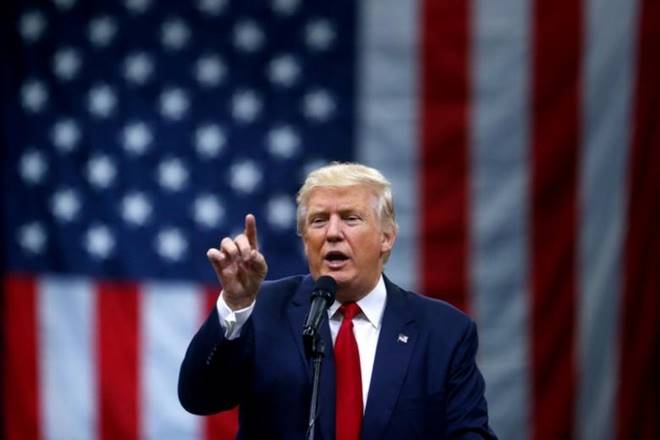 Q24N (Insighcrime.org) Donald Trump has targeted organized crime and drug cartels in a new executive order, but beyond the tough talk and bluster there is little to suggest the new US president has any serious strategy to tackle Latin America’s “bad hombres.”

On February 9, Trump signed three law and order executive orders, one aimed at anti-police violence, another ordering the creation of an anti-crime task force and one targeting transnational organized crime and trafficking.

The order for the task force included requirements for the unit to develop strategies for tackling drug trafficking and illegal immigration, but the most relevant of the executive missives for organized crime in the Americas was the order entitled “Presidential Executive Order on Enforcing Federal Law with Respect to Transnational Criminal Organizations and Preventing International Trafficking.”

According to the document, “Transnational criminal organizations and subsidiary organizations, including transnational drug cartels, have spread throughout the Nation, threatening the safety of the United States and its citizens.” To tackle this issue, it states, “A comprehensive and decisive approach is required to dismantle these organized crime syndicates and restore safety for the American people.”

In the policy section of the order, Trump calls for the strengthening of federal law enforcement, the prioritization of efforts to tackle transnational organized crime, the improvement of coordination between law enforcement institutions both internally and internationally, and for the government to make additional efforts to hamper organized crime, such as through the prosecution of “ancillary criminal offenses” like immigration and visa fraud. The president charged the Threat Mitigation Working Group — an inter-agency body established by the Barack Obama administration — with implementing this policy.

At the signing ceremony, Trump said the order was designed to “break the back of the criminal cartels that have spread across our nation and are destroying the blood of our youth and other people.”

“Today’s ceremony should be seen as a clear message to the gang members and drug dealers terrorizing innocent people. Your day is over,” Trump said. “A new era of justice begins, and it begins right now.”

Despite the bold declarations, there is little substance that can be gleaned from Trump’s new executive order covering transnational organized crime. It essentially amounts to little more than announcing vague plans to review and improve law enforcement practices and the legal framework they work within. For the moment it is apparent the president’s tough talk of smashing cartels does not appear to be backed by a strategy that offers anything new to what has long been the US approach to organized crime and the war on drugs.

However, while law enforcement strategy remains for the moment largely untouched, Trump has already had a major impact on what is arguably the central pillar of efforts to tackled transnational organized crime — international cooperation.

One of the US government’s closest and most strategically important allies in combating organized crime, Mexico, is already feeling the strain of the Trump administration’s bombastic approach to international relations. The relationship between Trump and the Mexican government, which was already fraught due to his pledge to build a border wall to keep Mexican immigrants out, has been further damaged by comments implying he is considering deploying US military forces in Mexico to tackle the country’s drug cartels.

According to the AP, which says it obtained a partial transcript of a phone call between Trump and Mexican President Enrique Peña Nieto, Trump told his counterpart, “You have a bunch of bad hombres down there. You aren’t doing enough to stop them. I think your military is scared. Our military isn’t, so I just might send them down to take care of it.”

The White House later denied the report, but Trump left open the possibility of the US stepping up its direct involvement in combating Mexico’s drug cartels.

“We’ve got to stop the drugs from coming into our country. And if [Peña Nieto] can’t handle it — maybe they can and maybe they can’t or maybe he needs help.”

As well as potentially alienating key allies, Trump’s belligerent and aggressive approach to international relations could also exacerbate or expand the blind spots US counter-narcotics forces already have in operations along the Latin American drug trafficking chain.

The Drug Enforcement Administration (DEA) has already been ejected from a major cocaine producer, Bolivia, and a major transit country, Venezuela. Another key transit country, Ecuador, has also had a strained relationship with US anti-narcotics forces in recent years. The Ecuadorean government closed down a naval base used for interdiction in the region and the US Bureau of International Narcotics and Law Enforcement Affairs (INL) has withdrawn from the country.

Trump’s approach to politics and diplomacy is reason alone for concerns that relations with Latin America are set to suffer, potentially undermining security cooperation. If the president adds to this by loosely deploying the administrative tools at his disposal — such as sanctions, suspension of security aid and the annual naming and shaming of countries the US government deems not to be meeting its obligations to tackle the drug trade — then the president could do untold damage to the United States’ own security operations in the region.

As yet, there is no sign the Trump administration has a vision for a radical new approach to countering drug trafficking and organized crime that would allow the president to fulfill his promises to shatter the influence of drug cartels and “restore” security to the United States. However, the new president has already amply demonstrated his capacity to undermine the bilateral relations that are the bedrock of current efforts against transnational organized crime.

Article originally appeared on Insightcrime.org and repubished here with permission.