(QCOSTARICA) An early Thursday morning eruption of the Turrialba volcano may mean a repeat of Monday and Tuesday, as ash and gas reaching a height of 2,000 metres (2 kilometres) spreads north and west through the Central Valley.

The eruption occurred at 3:25am.

During this period, the colossus has spewed ash, gases and steam, as well as some incandescent blocks. Mauricio Mora, of the RSN, said that the wind direction has been variable, according to the Instituto Meteorológico Naciona (IMN) – national weather service – weather station but a scattering of ash to north is occurring.

For now the Braulio Carrillo and Poas national parts and the area of Carrizal de Alajuela (south of the Poas) have been mostly affected, but winds could change direction at any moment. 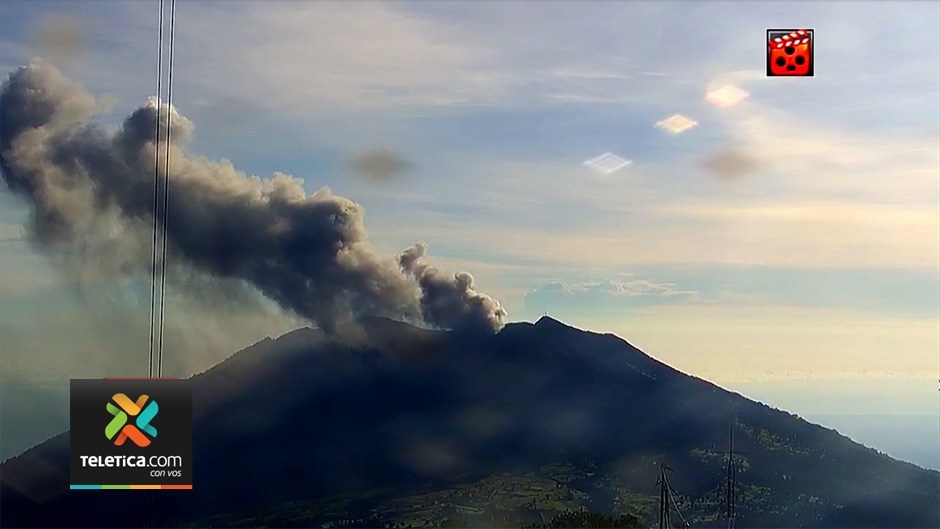 For now, airport operations at the Juan Santamaria (San Jose) international has not been affected.

The Turrialba resumed activity on September 13 after almost a month of relative calm, culminating in a major eruption that started in the small hours of Monday morning and continued to Tuesday morning. In that event the winds blew west, affecting for almost 24 hours operations of the international airport, where dozens of flights cancelled or delayed, affecting more than 12,000 passengers.