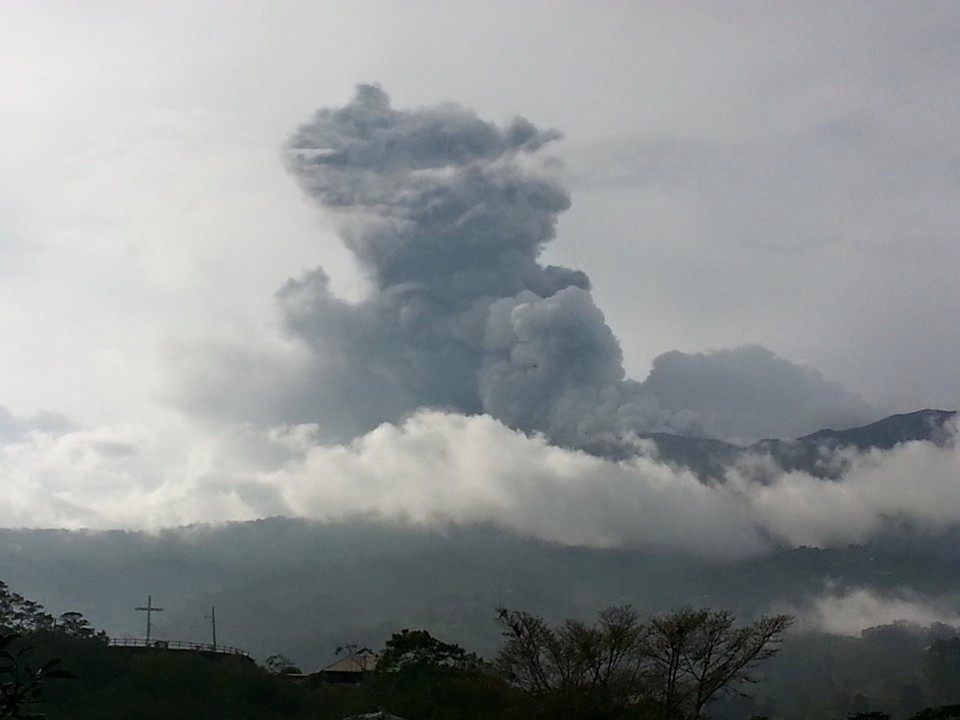 QCOSTARICA – The Turrialba Volcano once again spewed out ash and gases in a Tuesday afternoon eruption. According to the Volcanological and Seismological Observatory of Costa Rica (Observatorio Vulcanológico y Sismológico de Costa Rica  – OVSICORI) the event occurred at 4:04pm and lasted for 22 minutes.

Javier Pacheco, volcanologist at the OVSICORI, said the plume of gas, water vapor and ash reached a height of 2.000 meters (2 kilometers or more than a mile), moved by the winds in the northwest direction towards the Braulio Carrillo national park.

Although the forecast said it was unlikely the ash would reach the Central Valley, reports of ash in the area of Pavas forced the early closure of the Tobias Bolaños (Pavas) airport at 6:30pm, as a precaution, instead of the usual closing time of 9:00pm. Authorities report the airport is fully open this morning, Wednesday.

On March 12, the San Jose airport was forced closed following a major eruption at the Turrialba. The more than 24 hours closure affected thousands of travellers, as their flights from and to Costa Rica, were cancelled or delayed.

Since last Saturday, the colossus maintains a constant activity.

Volcanologists monitoring the volcano believe the magma is continuing to reach closer to the surface, a prelude to a more “meaningful” eruption.