The Foreign Ministry confirmed the report, updating the initial reports that no Costa Ricans had been affected during the attack in one of the main tourist areas of the Mediterranean coastal city.

“Both are in their apartments and out of danger. We are not permitted to make public their names,” the Foreign Ministry said in a statement. 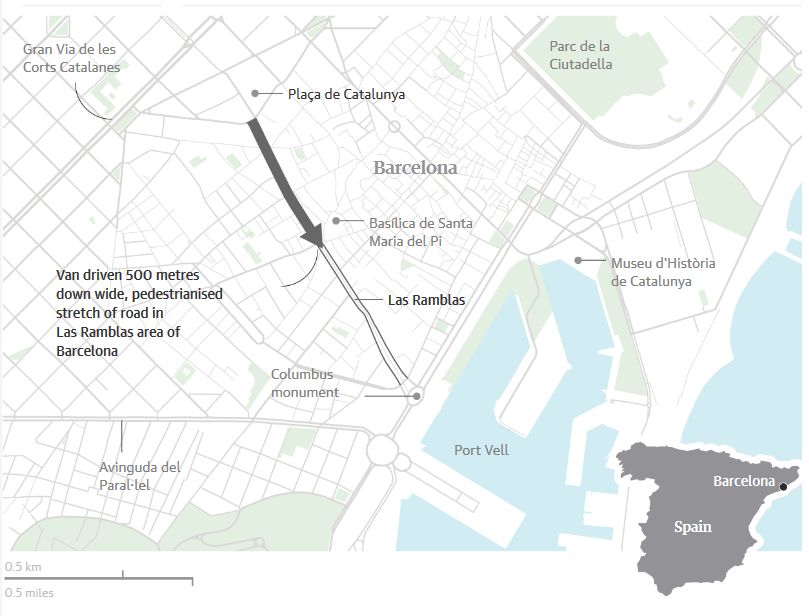 During the noon television newscast by local channel 7, Telenoticias, a telephone report by a Costa Rican in Barcelona said no Costa Ricans had been affected by the attack. The Foreign Ministry updated the information later in the afternoon.

At least 13 people more than 80 people, of which more than a dozen are in critical condition, were injured in the “terrorist” attack in Barcelonas’ Las Ramblas district.

According to the Foreign Ministry consular registry, there 25 Costa Ricans registered in Barcelona. 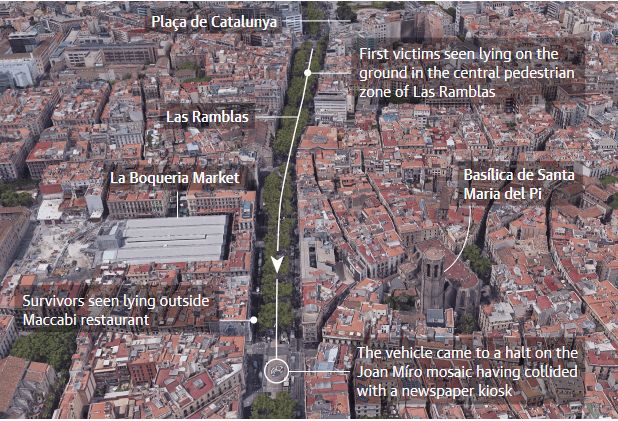 “We have implemented the security protocol, which implies that the consulate general is in direct contact with the permanent center of the Ministry of the Interior of Spain and with the Specialized National Police. It also activates the honorary consulate that Costa Rica has in Barcelona,” Costa Rica’s ambassador to Spain, Doris Osterlof, said at noon.

The Costa Rica embassy also urged the families of Costa Rican who are traveling through Barcelona, to notify the Consulate in case they have not received information from their relatives.

A white van drove into a busy tourist district, down the pedestrian concourse in Las Ramblas, a popular area in the heart of Barcelona, and continued driving for more than 500 meters (5

A white van drove into a busy tourist district, down the pedestrian concourse in Las Ramblas, a popular area in the heart of Barcelona, and continued driving for more than 500 metres (5 blcoks) at speeds of 80 km/h (50 mph) while crashing into pedestrians until it hit a newspaper kiosk and stopped. 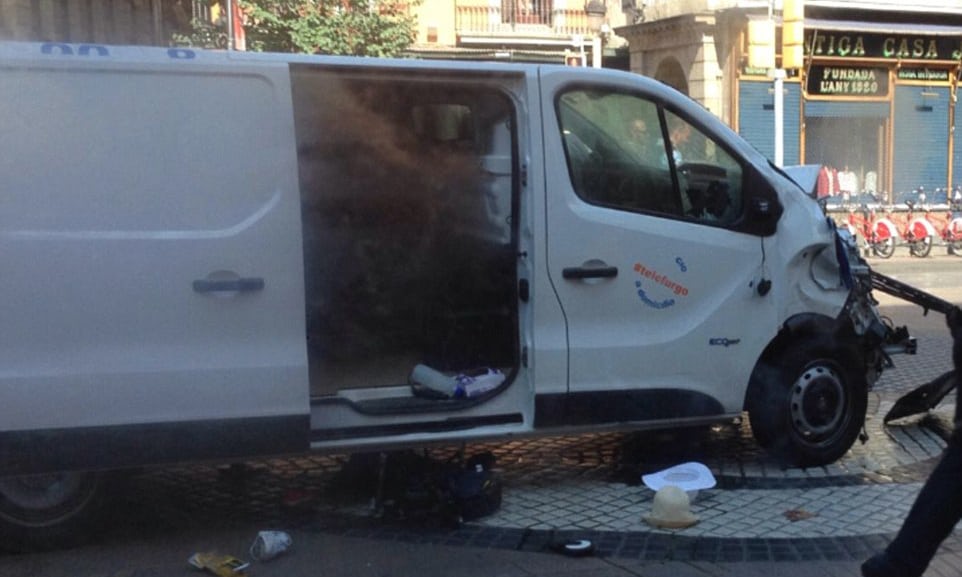 The Spanish newspaper El País, citing police sources, said the driver of the vehicle fled on foot. Two arrests were made in connection with the attack, local police confirmed on Thursday evening. A second van linked to the attack was found in the small town of Vic in Catalonia. 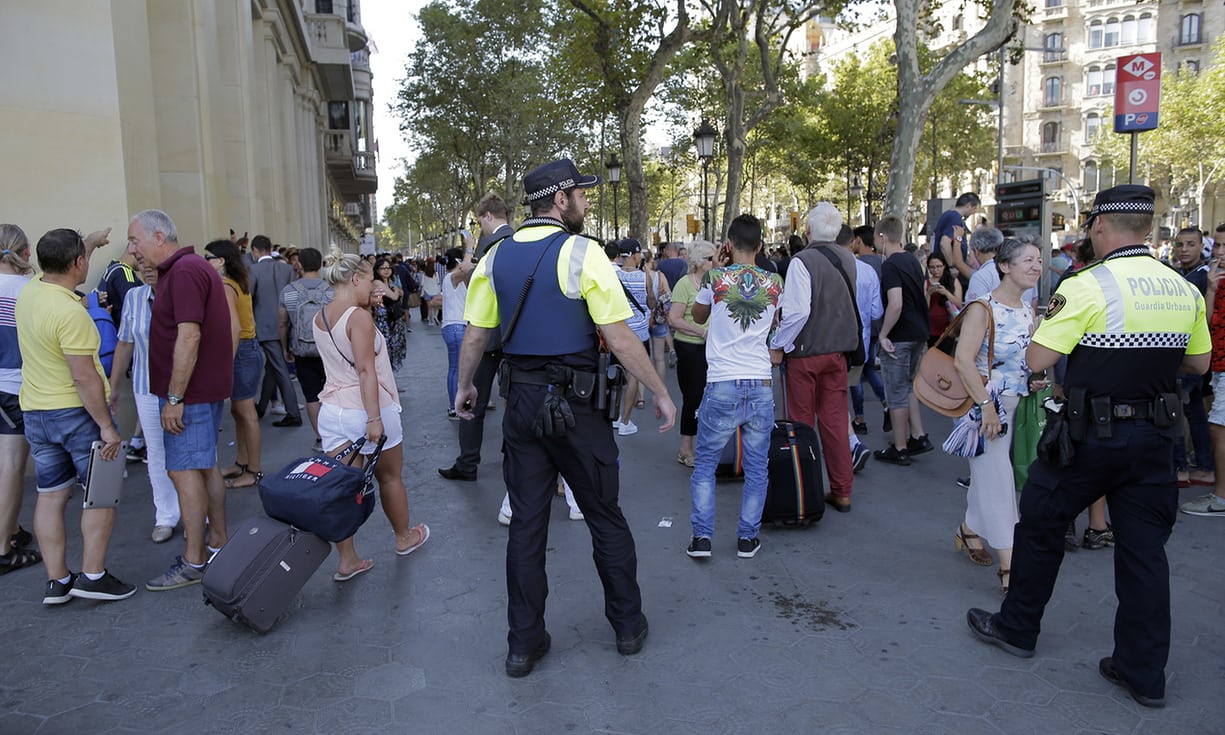 The area of Las Ramblas comprises a long pedestrian concourse made up of a series of ramblas, flanked on either side by carriageways for vehicles. It is one of the city’s favorite tourist destinations. People walk down the wide, pedestrianized path in the center of the street, but cars can travel on either side.

The boulevard also forms the border between Barcelona’s Gothic Quarter and the El Raval neighborhood, both part of the historic old city and considered tourist hotspots.

Up to now Spain had been spared the recent extremist violence that has occurred in France, Belgium, Germany and the UK.

But it was hit by what is still Europe’s deadliest jihadi attack in March 2004, when bombs exploded on commuter trains in Madrid, killing 191 people in an attack claimed by al-Qaida-inspired extremists.

Vehicles have been prominently used across Europe in extremist attacks since July 2016, with more than 100 people killed in London, Nice, Stockholm and Berlin.