The bridge collapsed at the moment the dump truck loaded with sand reached the center of the structure. 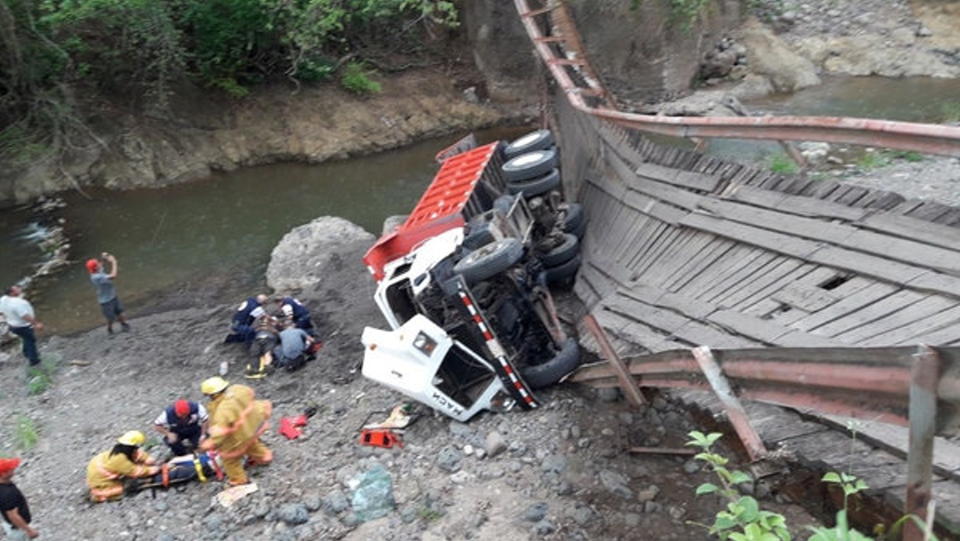 The driver of a dump truck and his passenger were injured Wednesday afternoon, after a wooden bridge they were traveling on gave way under the weight of a load of sand and collapsed. The emergency occurred around 3:45 p.m. on structure over the Picagres river, in Mora, between Cuidad Colon and Puriscal.

By the time the fully loaded truck reached the center of the structure, made of planks, one of the rails gave way, the truck falling three meters (10 feet). Both the driver and passenger, residents of Carrillos de Poas, were taken to hospital in stable condition.

Residents say the bridge does not have any type of signaling that warns the maximum load allowed, although they claim that the structure was already badly damaged.

- Advertisement -
Paying the bills
Previous articleOECD: Lack Of Competition Is Why Costa Rica Is So Expensive!
Next articleWhere Is The Border Between North and South America?

L.A. Parker, the award-winning columnist for The Trentonian, had a difficult...
Read more

With the intervention of rescuers and ambulances of the Red Cross...
Read more