COSTA RICA EXTRA! MAGAZINE – Ice cream is pleasurable enough on its own. Succulent strawberries, pricey oysters, and decadent chocolate probably come to mind when you think of aphrodisiacs. But the traditionally “sexy” foods don’t stand a chance against a sensual new ice cream.

But your favourite flavour may seem boring compared to the Viagra ice cream created by self-proclaimed “edible inventor” Charlie Harry Francis, “arousal,” a new blue-colored ice cream, might mean you never have to pop those little blue pills again. 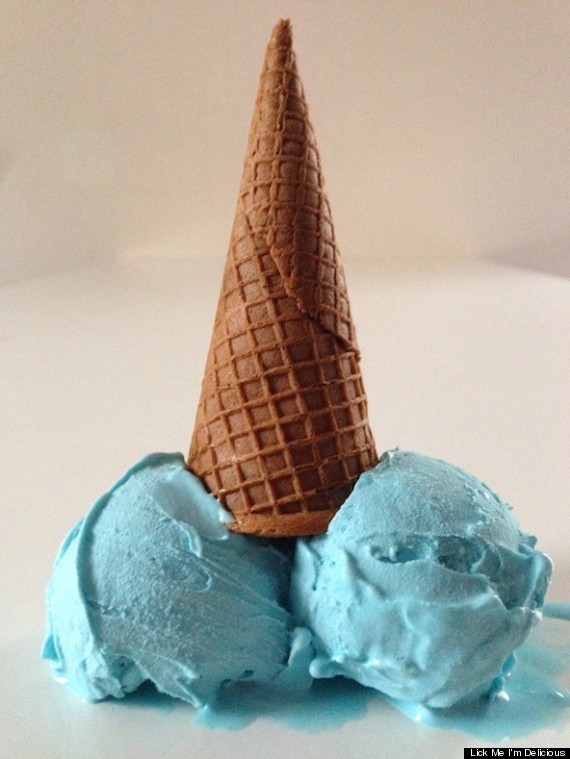 Francis was asked to create a Viagra-laced ice cream for a party for one of his A-list celebrity clients, according to his aptly named blog, “Lick Me I’m Delicious.”

Each scoop of the champagne-flavored ice cream contains 25 mg of the well-known male enhancement drug — the same amount in the lowest dose of the drug.

The Viagra was provided by the client, and Francis estimates the cost to be about $33 a scoop.

“They’ve made us sign a confidentiality agreement, so we can’t say much about it, but I am allowed to say that they were very happy with the end result,” Francis said on his blog.

It’s not the first time he’s been asked to come up with a cheeky flavour. He’s created a sprout sorbet, a glow-in-the-dark ice cream, and even something called “Don’t Eat The Yellow Snow.” Don’t worry, it’s nothing more than white chocolate and meringue ice cream with a mango coulis on top.

In 2009, students of a Colombian culinary school concocted a passion-fruit dessert containing Viagra for a showcase, though the pudding-like treat was never available for sale.

If you weren’t lucky enough to attend this party and try the lickable concoction yourself, don’t fret. Francis says that while there aren’t any plans to commercialize the flavor, he’d be happy to re-create “arousal” for his clients in the future.

The small Central American country of Costa Rica is known to be one of the top locations to retire, but it is also known...
El Salvador