Winning photograph was taken in a sanctuary in Puntarenas and was taken by a Costa Rican photographer. 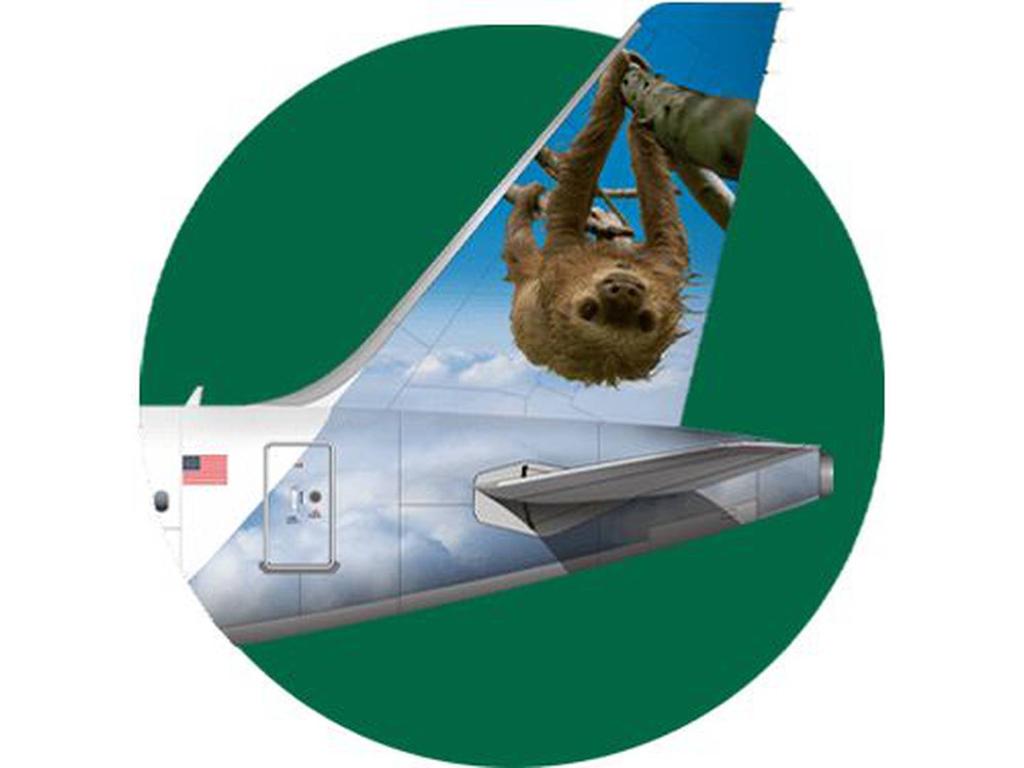 QCOSTARICA – The two-toed sloth has been selected as the endangered animal to be placed on a tail of the new planes of the ultra-low-cost airline Frontier Airlines. The announcement was made on Thursday by the Instituto Costarricense de Turismo (ICT) – Costa Rica’s Tourism board, and the airline.

The objective is to promote Costa Rica as a sustainable destination with wide biodiversity.

Frontier traditionally displays on the tails of its planes a unique and emblematic animal of a country of its destinations, said species is baptized by the public with a special name and a particular background story.

On this occasion, the two-toed sloth was chosen by the airline from a group of other animals in danger of extinction, to highlight Costa Rica’s efforts to conserve animals in their natural environments.

The sloth is yet to be named, and Frontier is currently inviting consumers to vote via social media. The options are Manny, Tony, and Tico. There’s also social media pressure to call it Sid, after the lovely prehistoric sloth of the Ice Age film franchise.

We are so excited for the Two Toed Sloth to join our fleet, but he doesn’t have a name yet…can you help us pick one?
Vote in the comments using one of the following emojis:
✈️ Tico
💙 Tony
💚 Manny
Help us and @Visit_CostaRica to #NameTheSloth! #AmericasGreenestAirline pic.twitter.com/vgbRGPkrYM

According to Ireth Rodríguez, Head of ICT Promotion, Costa Rica’s position within the United States (USA) is notable, due to a sustainable tourism model that is committed to environmental conservation, since almost 6% of the biodiversity of the world is located here.

“We feel very honored that such an emblematic species of our country and national symbol as the sloth, is now an ambassador of our nature every time it takes to the air on the tail of a Frontier plane,” added the spokeswoman.

Tyri Squyres, vice president of marketing at Frontier Airlines, said, “Our animal tails not only delight adults and children alike, but they serve an important purpose in highlighting animal species, many of which are endangered. Some people come to Costa Rica just to see the sloths and our nonstop service from Orlando to both Liberia and San Jose provides easy, affordable flight options for visitors, as well as for Costa Ricans to travel to the US.”

According to the airline, the airplane with the Costa Rican sloth will cross the skies and possibly land at the Juan Santamaría or Daniel Oduber airports in the first half of 2023.

- Advertisement -
Paying the bills
Previous articleBlowing in the wind. The Central Bank keeps on pushing for a lower exchange rate
Next articleThe Ultimate Cons of Living in Costa Rica

Q24N (QCOLOMBIA) Colombia began the transition to its first...
National