This is the second donation of vaccines that the United States makes to Costa Rica, for a total of more than one million five hundred thousand doses donated to date 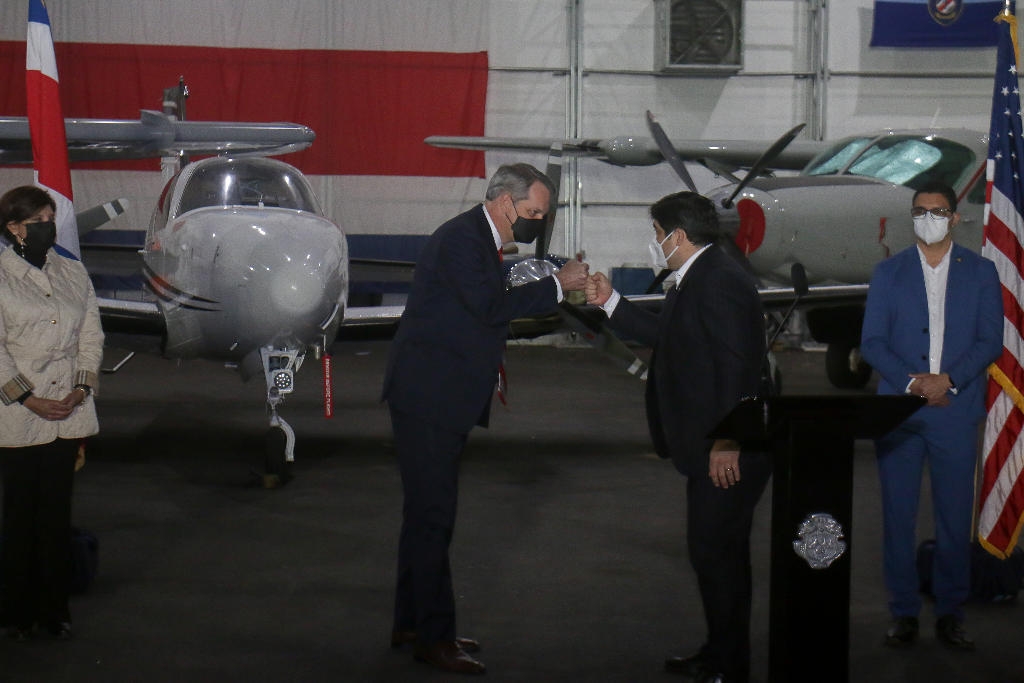 The delivery of these doses will be made in four tracts, the first of which arrived at the Juan Santamaría (San José) airport Tuesday night, February 8, and consists of 309,600 doses of the vaccine. The rest of the doses will arrive in the course of this week.

Read more: Half million doses of Pfizer donated by the United States arrived in Costa Rica

“The United States is committed to supporting Costa Rica in its vaccination program against Covid-19 to promote public health and safety. Only together will we be able to overcome this pandemic,” said the Charge d’Affaires of the United States Embassy, ​​Marcos Mandojana, during the announcement made at Base 2 of the Juan Santamaría International Airport.

“We are going to launch a second vaccination in the hands of health institutions to make a new massive campaign a reality and thus provide those million people with their reinforcement as soon as possible.

“I deeply appreciate the people, the government of the United States, and President Joseph Biden, for the donation. These doses represent a great boost to continue protecting all the people who inhabit our country,” declared President Carlos Alvarado.

In the next few days, Costa Rica is also expected to receive another 500,000 doses from Moderna, donated by the Government of Spain. The date of arrival of these doses is currently unknown.

QCOSTARICA - Covid-19 is still with us despite the...
El Salvador