Uber Drivers In India Go On Strike. Could Same Happen in Costa Rica? 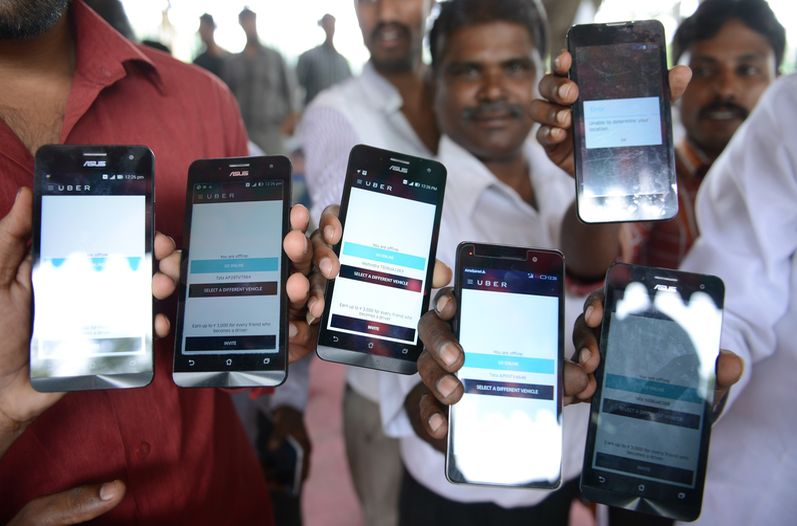 QCOSTARICA – Now that Uber has officially, albeit illegal according to the government, started operations in the country, could a strike by drivers be possible?

In India, hundreds of disgruntled Uber drivers staged a one-day hunger strike in Hyderabad against denial of promised incentives and business by the US-headquartered transportation service provider.

The drivers allege that they were not earning what was promised at the start, not getting the promised business and were making much less money. The company, however, maintains that most of its drivers area happy with its business model, saying that 99% of ‘driver partners’ were doing very well as ‘a new breed of entrepreneurs’.

The driver say they purchased cars by borrowing money at huge interests because Uber assured them that they would be earning Rs 70,000 income per month (a little over US$1,000).

The president of the Telangana State Cabs and Bus Operators Association (TSCBOA), Syed Nizamuddin, said “now we are left with no option but to go on agitation mode. We will hold a symbolic day-long hunger strike on Friday and decide the future course of agitation. We urge the state government to intervene as this issue pertains to lives of nearly 15,000 drivers and their families.”

“Almost all the drivers purchased new vehicles on finance or by borrowing. However, due to drastic cut in incentives and bookings, the drivers are unable to even pay the interest on time. Most of them had joined the Uber by abruptly leaving their regular jobs,” said Nizamuddin.

Q24N (DW.com) Cuban officials have confirmed that a third...
Politics