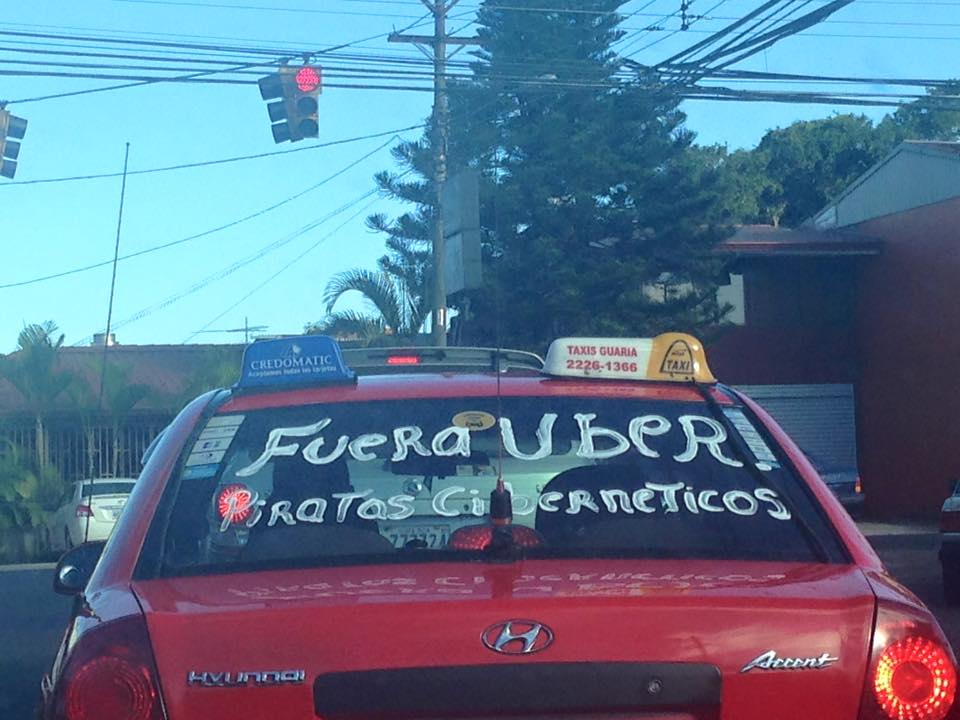 QCOSTARICA | Hooliganism was the order of the day Monday. Despite the call by union leaders of a peaceful protest, a small group of taxi drivers – hooligans – used violence, throwing eggs at the vehicles of fellow taxi drivers preferring to work instead, and blockades on the Circunvalacion and other areas of San Jose.

In response to the demonstration, Uber in Costa Rica, under the slogan “because Costa Rica does not stop, Uber is free today” (porque Costa Rica no para, hoy Uber es gratis), the service provided free rides between 10:00am and 6:00pm, for trips up ¢15.000 colones throughout the Greater Metropolitan Area (GAM). 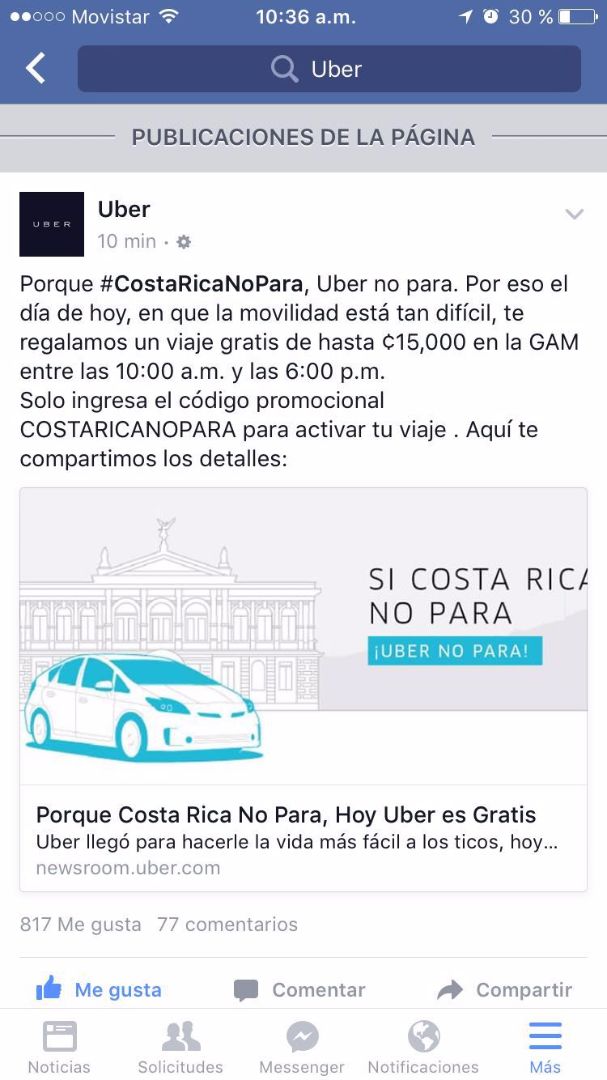 “Uber came to Costa Rica to make like easier for Ticos, precisely we know that you will not stop…we decided to give a free ride to all members of our community,” said the company in a statement.

The free day was for existing Uber users and new alike.

The Government maintains that Uber is illegal, but said it will not accept acts of violence by the ‘legal’ taxi drivers.

The taxi drivers want the Government to take action against Uber, including blocking the Uber App(lication) from being accessed in Costa Rica.

QCOSTARICA - The northern part of Costa Rica is...
National