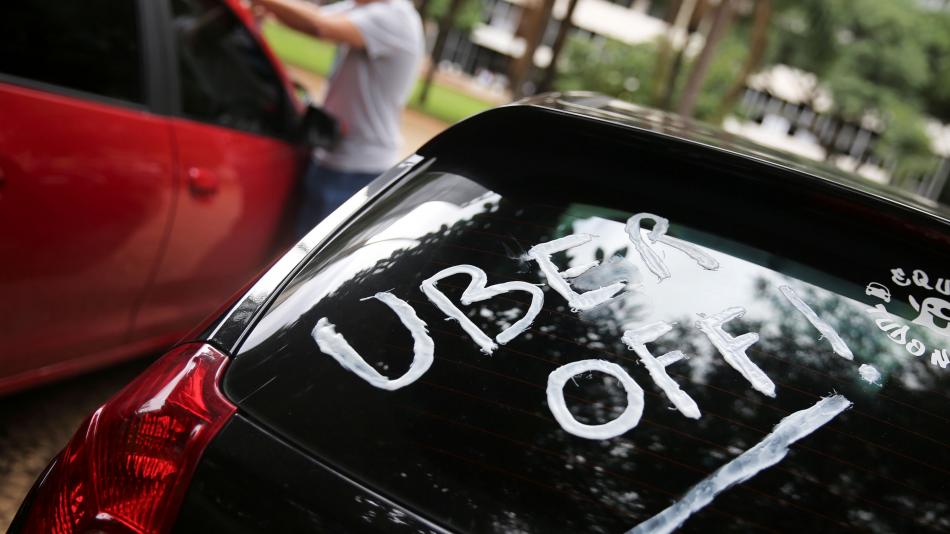 In the midst of a difficult legal battle and after six years in the country, Uber announced Friday that it will stop providing its mobility services in Colombia indefinitely. In its latest regulatory blow, Uber will end operations in Colombia on January 31, confirmed El Tiempo.

The date for the blackout of the transport application that is used by about 2.3 million users and about 88,000 drivers in Colombia is scheduled for 00:00 February 1.

The announcement, which generated reactions from social networks to Congress comes after hectic weeks for the U.S. based company.

Although Uber is in an apparent dead end in Colombia, the shared mobility platform has managed to legalize its operation in countries such as Mexico, Indonesia, Australia, and the United States, thanks to agreements with local governments.

Colombia’s Superintendencia de Industria y Comercio (SIC) – Superintendence of Industry and Commerce – ordered Uber to cease operations of its ride-hailing service after a judge sided with the Cotech, the operator of Taxis Libres, who argued that the absence of quotas, the provision of services in private cars and the use of a dynamic rate were signs of unfair competition.

Uber appealed the ruling, according to Reuters, though it did not ban its other divisions, like its delivery service Uber Eats. Uber called the Colombian regulator’s decision “arbitrary,” in a statement on its end to operations translated from Spanish.

Taxi drivers had protested Uber and other services, Reuters previously reported, claiming the services had an unfair advantage due to a lack of regulation requiring them to pay the same fees to which traditional cabs are subject.

Learning of Uber’s decision to leave the country, José Eduardo Hernández, the taxi entrepreneur and owner of the powerful company Radio Taxi Aeropuerto, considered that the platform had “delayed” to make that decision.

Hernández was the one who started preparing the lawsuit against Uber back in 2015. He hired a group of lawyers to represent him. The lawsuit was finally filed in 2016 by Cotech, a provider of Radio Taxis Aeropuerto.

“In December last year, finally, a judge of the Republic put his tatequieto (mark). Justice was done,” said Hernández, known as the Tsar of the taxis in the country.

Radio Taxi Aeropuerto has 42,000 vehicles registered in nine cities in the country, including Bogotá, Medellín, Cali, Bucaramanga, and Manizales.

According to Hernándezy, the decision not only favors Radio Taxi Airport, but also 250,000 vehicles that make up the guild in Colombia. “There are 500,000 families, 2 million people who depend on the taxi industry,” he said, explaining that the process was very long.

Q24N - The first country in the world to...
Latin America