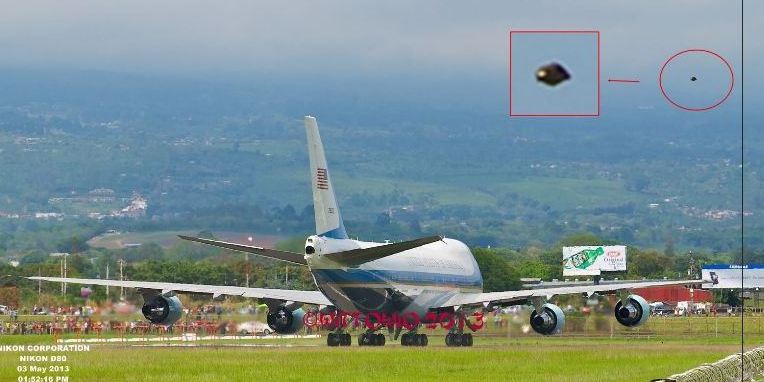 Unidentified Flying Objects, or UFOs  (Objetos Voladores No Identificados or OVNIs in Spanish) appear to be regular visitors to Costa Rica, this according to a website dedicated to UFO phenomenon and its possible extraterrestral origin in Costa Rica.

The website and Facebook page includes photos of UFO sightings, like the one taken during the landing of Air Force One at the Juan Santamaria airport, with President Barack Obama, last May. Leonardo Sánchez immediately sent the image to the website Enigmático. 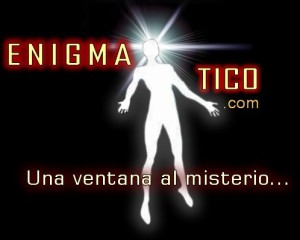 The photos shows a unidentified circular object, black in colour, flying close to the presidential plane.

Complete report on the landing of Air Force One here.

Alexis Astúa, who is behind the website and a self proclaimed expert on the subject of UFO’s, says the photo was subjected to several tests.

“In enlarging the photo there was no pixelation (no deformation and sharpness is maintained), which could rule out it being photoshopped. The other possibility is that it could be a balloon, but also ruled out because of the security surrounding the presidential plane during the landing of Air Force One”, said Astúa.

Considered also was the presence of the Black Hawk helicopters (which were presented over the skies of San José during the Obama visit), however, that proximity to the aircraft would pose a danger.

“It is a well known fact that on a number of occasions a strange object has been seen near Air Force One, like at the San José airport, in what ugologists called a HotSpot”, explained Astúa. 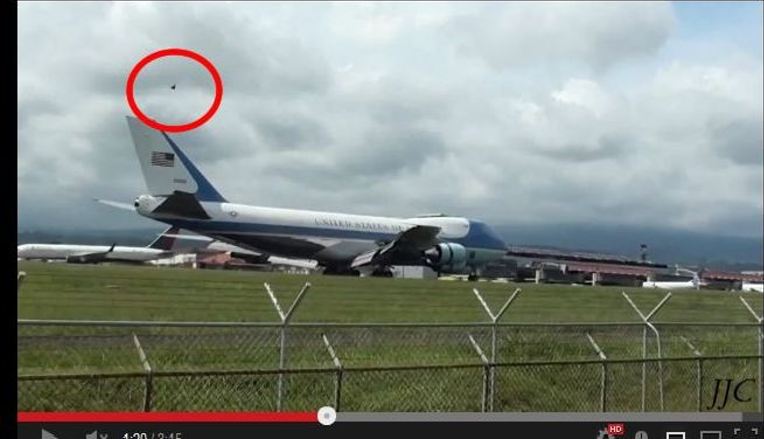 Gilda Aburto, also an expert on UFO’s and a contributor to Enigmatico, says on the matter, “it seems to me quite clear to be a UFO, for sure, it has no shape of a helicopter and is too big to be a bird”.

Aburto recalled the CNN report of the first inauguration of Obama, of cameras capturing a UFO flying near the Washington Monument. “Some believe Obama is close to the extraterrestrials”, said Aburto.

Whatever you may believe, it seems that UFO’s make regular visits to Costa Rica, visiting tourists sites like volcanos, parks and just hanging over cities and towns.

The website (in Spanish) includes a series of photos of UFO sightings, some as recent as this month, and some, like the one of a sauver hovering over the Teatro Nacional, a clear photo montage.

QCOSTARICA - “I know that I am here for...
Latin America