TODAY NICARAGUA NEWS – The Secretary General of the United Nations (UN), Ban Ki-moon, arrived today (Tuesday) in Manuga, where he was welcomed by the President of Nicaragua, Daniel Ortega. Speaking on his arrival at the Augusto C. Sandino International Airport, Ban highlighted the active and dynamic participation of Nicaragua in different initiatives to promote peace and regional integration. 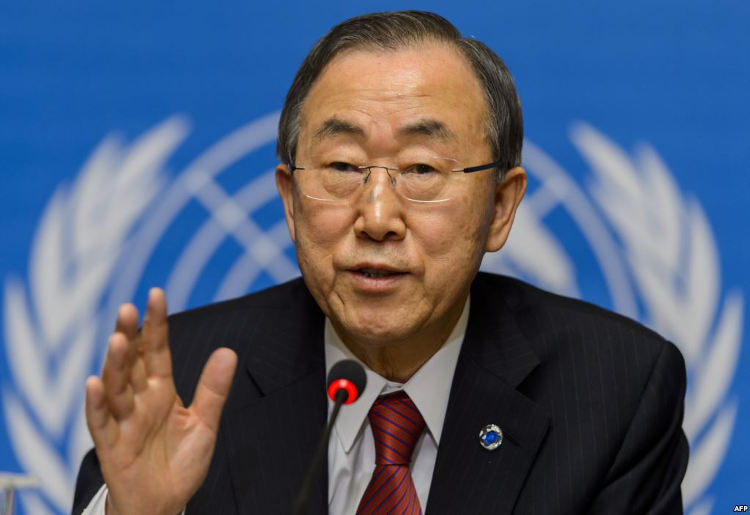 He also acknowledged the progress of this country in relation to the Millennium Development Goals.

We are looking forward to having the opportunity to talk to you about the post-2015 development plan, said the Secretary General, who expresed his satisfaction for being in this country.

I am also very excited for being able to learn Nicaragua’s efforts regarding renewable energy and its progress in this field, said Ban, who began here a tour in Central America.

He acknowledged the leadership of the Nicaraguan President, both in the initiatives of the System of the United Nations and in the Central American region, and the efforts to make the region’s countries to work together for peace and sustainable development.

The coordinator of the Communication and Citizenship Council, Rosario Murillo, expressed her confidence that Ban’s presence here will represent a sucess and a stimulus for Nicaraguan families.