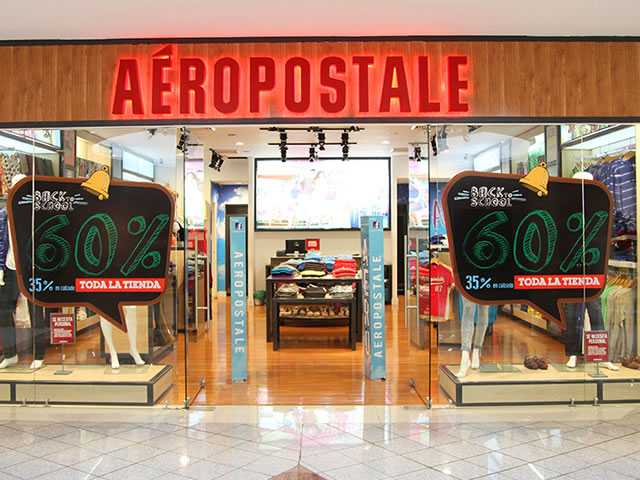 QBUSINESS – The fate of Aeropostale’s store in Costa Rica remains unclear after the U.S. teen apparel retailer filed for bankruptcy on Wednesday (May 4).

For the time being, however, it will be business as usual in Costa Rica.

On Wednesday Aeropostale Inc. filed for Chapter 11 bankruptcy protection in a New York court,  succumbing to years of losses as shoppers moved on to fast-fashion retailers and online competitors.

The company said it expects to emerge out of bankruptcy within six months with a resolution of its disputes with former shareholder Sycamore Partners, which had thrown a lifeline of US$150 million to the retailer in 2014.

“Aeropostale will likely emerge from Chapter 11 as a leaner entity with a smaller, but largely profitable, store base…but it does not solve the issue of relevance to the market,” said Neil Saunders, chief executive of research firm Conlumino.

The mall-based retailer said it would close 113 U.S. stores and all 41 stores in Canada.

“Rethinking the brand proposition is key to improving prospects. Chapter 11 buys Aeropostale time and space to undertake this rethink. In itself does not provide a long-term solution,” Saunders said.

Online retailers and fast-fashion retailers such as H&M, Forever 21 and Inditex’s Zara have posed a threat to traditional apparel retailers, but American Eagle Outfitters Inc and Abercrombie & Fitch Co have managed to turn around their businesses by controlling inventories and responding faster to changing fashion trends.

QCOSTARICA - According to the United States National Hurricane...
Latin America