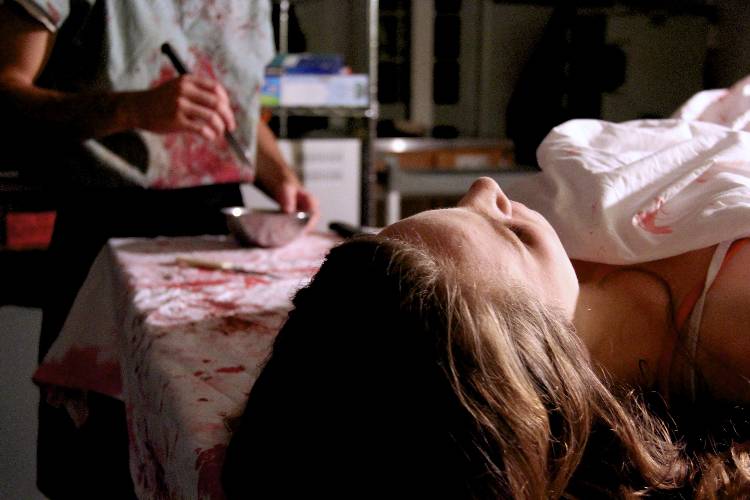 (Infosurhoy) Thirteen human-trafficking victims in Costa Rica this year were taken for their organs, according to a report on crime in the country that gives new life to an ongoing organ trafficking scandal unfolding in the country.

The report, co-authored by the United Nations Office on Drugs and Crime (UNODC) and Costa Rica’s Judicial Investigation Organization (OIJ), found 28 people had been trafficked through October 2013. The report found human trafficking has been increasing since 2007, including a jump from 2012 when 22 victims were discovered.

The largest single reason for trafficking this year has been to harvest human organs illicitly, the report stated.

“It seems the victims were recruited due to their economic situation in San José, where local doctors extracted their organs and presumably transplanted them into foreign clients,” the report stated. “In exchange for the procedure, the donors received amounts of up to US$20,000.”

Twelve of the victims were Costa Rican. The other was Colombian, according to the report. Such procedures are illegal in the Central American country and punishable by up to 12 years in prison.

The report singles out medical professionals who have allegedly extracted kidneys from patients at Calderón Guardia Hospital, a 662-bed public health facility, and at private clinics in the nation’s capital.

In October, three doctors and a businessman were arrested for allegedly removing organs illegally.

Officials have said that the investigation is continuing.

Though authorities have made strides in combatting organ trafficking, the report states that the legislature has failed to pass a specialized law to deal specifically with the illicit trade.

The joint United Nations and Costa Rican report, titled “Drug Trafficking and the Threat of Organized Crime in Costa Rica” is a rarity because it focuses on a single country. That underscores concerns that the country is increasingly being utilized as a territory for illegally trafficking drugs and humans.

“Foreign groups with Mexican and Colombian roots have been detected in the country, which forces us to redouble forces so that it is not easy for them to set up operations in our country,” said Francisco Segura Montero, director general of the OIJ.

Along with a rise in human trafficking, the report detailed how the country has seen an increase in drug smuggling.

“In a general manner, organized, transnational criminal groups dedicated to drug trafficking see Central America as a ‘bridge’ between cocaine-producing countries and the largest consumption market,” the report states. “International trafficking groups don’t need a large presence on Costa Rican soil to carry out their illicit activities, which influence murder rates and violence.”

Authorities have seized 43 tons of cocaine this year after confiscating 15.6 tons in 2012.

Drug use on the rise, researchers say

An increase in trafficking has spurred an increase in consumption, as researchers noted a marked spike in sale and consumption of crack and of marijuana, which remains the most-used illicit drug in the country.

The report found that marijuana use increased 260% from 2006 to 2012, with high levels of consumption of “High Red” Jamaican marijuana noted.

Ecstasy, a narcotic that impacts the central nervous system, also concerns authorities. Between January and October 2013, a total of 11,300 doses of ecstasy, including one shipment of 11,109 pills, were seized nationwide, up from the 293 seized during all of 2012, according to the Costa Rican Institute on Drugs (ICD).

On Aug. 28, the Drug Control Police (PCD) dismantled a gang that had been sending cocaine to Europe and was receiving ecstasy by mail.

“The Post Office of Costa Rica allowed us to conduct an investigation, which allowed us to track a scheme being run by a Lithuanian and two Romanians who recruited [postal] employees to help them circumvent the controls that were in place,” Costa Rica Security Minister Mario Zamora said.

A total of 11,109 ecstasy pills from the Netherlands and Germany were seized, as well as 1,571 grams of cocaine that the group was planning to send to the Netherlands. The suspects are being held pending trial, according to Costa Rica’s Ministry of Public Security.