“Up, up and away,” says Superman, Costa Rica and Q 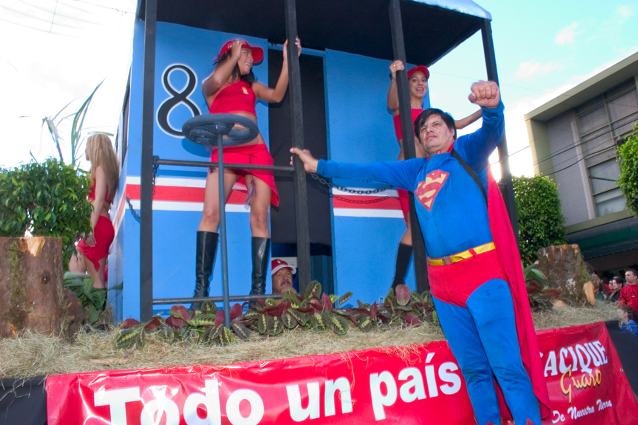 While Superman flew above us earthlings and saved Gotham City from true evil, Costa Rica flies off to raise essential prices and taxes. And, in so doing exposes a deep sense of government ignorance; which is a better word than “stupidity”.

It is hard to accept that  more borrowing is the only answer that Costa Rica has considered during the process of a slowing economy and a larger, even much larger debt structure much like that of Detroit who declared bankruptcy?

And, while not being very attractive to foreign business, nationals and expatriates alike, according to CRhoy.com, SUTEL , the government regulator of national telecommunications, has proposed a 83% hike on domestic  telephone users, or better expressed , land lines and   only a 58% increase for businesses.

WOW! What a great way to encourage new investments. And, to think about it is also a new way to collect more tax money that was turned down in 2012.

But, as a side kick, the amount of cell phone rates would decrease.

OOPS! There is only one and only one landline phone company in our piece of paradise and that is ICE which all love to hate because this company or institution is a 100% monopoly.

At the same time, the national water company AyA instead of repairing the arsenic laced drinking water to about 11,000 people living in Guanacaste has elected double rates and install 4,453 fire hydrants per the Spanish language newspaper, La Nación.
That’s a good idea but for years and years I have been paying from 192 to 2020 colones each month for those same damn hydrants which have never been built nor repaired.

Where did the money go?

How is it Possible that Costa Rica, the land of higher education has never defined its maritime boundaries?  Again we are in another quagmire with Nicaragua over who has the right to drill for oil in the Caribbean waters?

Why? Such a dispute? Who knows?

Spying:  The reason Costa Rica has not made a big issue about the U.S. (Snowden) spying allegations is simple. We would if we could do it and keep a straight face. We do something similar all the time. And now for lack of an original concept, it is proposed that we expand spying on certain, targeted foreign embassies such as Mexico and Colombia.

This smacks of the Tico guest law which allows only nationals (Locals) to holster and harbor weapons but not foreigners. A sort of trust your brother only concept.